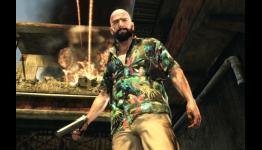 Find out if Max still has the (bullet time) moves in OPM's Max Payne 3 PS3 review. Have Rockstar got another noir classic on their hands?

officialplaystationmagazine.co.uk
- Comments (10)+ Comments (10)
TopNewestOldest
The story is too old to be commented.

The hours have decreased..but the quality per hour has increased. The games that you played back in the day don't have Max Payne 3's animations, physics, graphics, Hollywood level script/pacing.

and they also didn't have Multiplayer

I bet that took some resources away from the single player.

The single player looks better than all previous Max Payne campaigns from a presentation/variety perspective. In this Max Payne, your fighting in the day and night, from soccer stadiums to yacts, and to the streets. Btw, Max Payne campaigns have never been very long. In fact Max Payne 2 is known for being incredibly short.

So why are people suddenly worried about length this time around?

Huh? Most games back in the day were about 1 to 2 hours tops. A 10-hour game hardly existed.

This game is nothing like the orignal MP and feels more like 50 cent blood in the sand with some Red Dead rEDEMPTION ELEMENTS.

R* trying to make a quick buck before GTA 5 comes out.

Should have left this alone and started working on AGENT instead.

I honestly think this was going to be a new IP from Rockstar with a bald, brazilian who <inset plot here>

I think when Remedy gave them MP they decided to change their own game half way through development and change it into MP3 thus being the reason why it dosen't feel like a MP game, the reason for Max's drastic change of looks and the reason why the setting/feel goes against what MP has been about

EDIT: Really....you've completed it when it's not even out and if you did recieve it a day early you managed to complete it in a day meaning the whole story probably flashed right past your eyes.

I've finished the game and it DOES feel like a Max Payne game it's just evolved, I'm sick of people saying this bs.

I think you should play it first. Lines like "Time goes on, but nothing changes" from the launch trailer tells me that this game is a Max Payne game for sure..just evolved with better environmental destruction, better graphics, better animations etc. Dude, watch City of God or Elite Squad: Enemy Within(its on Netflix). Sao Paulo is gritty as f**k! It's without a shadow of a doubt Max's most dangerous setting yet.

"Really....you've completed it when it's not even out and if you did recieve it a day early you managed to complete it in a day meaning the whole story probably flashed right past your eyes."

MikeCosgrove, I could have gotten the game on Saturday if I wanted to. The Gamechamp in my town has had it for a couple of days now. The only reason I didn't get it there is because Bestbuy's giving me $10 credit for buying the game at their store.