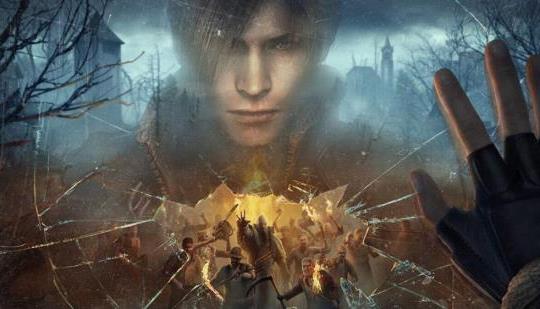 From IGN: "After 15 hours of outmaneuvering infected villagers in VR, I have a newfound appreciation for Resident Evil 4. While the original version was my gateway into the Resident Evil series nearly 16 years ago, the moment I booted up this remake on my Oculus Quest 2, I knew Armature Studios had created something special. Resident Evil 4 was already an excellent game, but experiencing it in VR recaptured that feeling of playing it for the very first time.

The perspective has shifted, but no significant changes have been made to Resident Evil 4’s corny but easy-to-follow action-movie plot. You are still playing as Leon S. Kennedy, now a U.S. government agent in rural Europe to rescue the president’s daughter while fending off hordes of infected villagers and monsters. Sure, there are some references to earlier entries (specifically Resident Evil 2), but Resident Evil 4 was an effective entry point to the series for many people like myself because you don’t need to have played the previous games to know what’s going on."

They gave it 9 not an 8 you weiners

Yea, I think they confused it with the REVIII Village review that was reposted in the middle of this review, which received an 8. I flagged it for an edit, although this was already approved.

Really hope the exclusivity to Oculus is timed and this comes to PSVR (but more likely PSVR2) down the road!

Id love for it to come too platforms. Exclusives is such a small user base is awful

PC users felt the same way about RE7 coming. It never did.

i'm afraid it will stay at oculus aparantelly it is made by them and not at Capcom .
But who knows maybe in the future ...

What a great hob from this N4G moderator team. Way to go guys, 10 people did not look at the article before approving.

not a fan with a lot of cut content and them charging $40 for it. and im talking about the modes being cut.

Well, it's in VR and I'm willing to pay and hopefully other devs will take note of the profit they get and do the same with their games. The Quest 2 needs games like this even if they're old it's still a new experience because VR. As long as the main game's there to experience I don't care.

I'm buying this too today - Village's was the first Mercs mode I played and it's tons of fun.

Maybe they'll add these in later, hopefully - as it is considering what's on the Oculus Store, $40 for a core AAA at this length isn't the worst there.

Is out today or tomorrow? I’m definitely buying it immediately!

I cant believe they censored this

How is it surprising? Welcome to SJW society.

Not surprising one bit. None of that stuff was even harmful. It's just a certain minority crowd that has a problem with it

People are offended by the most trivial things nowadays.

I was intrigued at what this could be, having not played the original game. Given this is VR, I thought it would have been something appropriate, like covering up a certain character's clothing or something like that. Nope. A fictional game character (Leon) asks for another fictional female game characters phone number because he admits he's attracted to her. Oh dear God, no! Not a perfectly natural attraction that happens in real life between opposite sexes. And he asked for her phone number? I am shocked to my fucking core! Won't someone think of the children?!

I'd love to know just who it was that thought this was offensive to be removed. They offend me. They should be removed.

Dialogue like the ballistics and Leon hitting on the agent girl on his walkie talkie.

It wasn't censored... it was cut. The stuff cut added literally nothing to the game. What did add to the game... when you looked up Ashley's skirt, she said 'pervert'. If that's not there then there are issues

Funny how everyone "loves" 4 yet reference it as when the series turned away from the original formula for the worse. I agree, 4 was horrible. Most people who love 4 never played 1-3/code veronica.

Not true. You forget how stagnant the series was getting after CV. 4 was a breathe of fresh air.

Yea it is weird. I mean I love all Resident Evil entries, I’m more partial to the classic design where it was more obscure puzzle solving and back tracking, but it’s weird to me how people praise RE4 and then put RE5 and 6 on blast for being action games. If I remember correctly I stormed an island in RE4 that had a dude with a giant Gatling gun and me being helped by a helicopter shooting the sh*t out of everything.

You like the bake tracking, obscure puzzles? I disliked that and the camera not allowing you to look down a hall to see enemies 5 feet away.

4 was amazing because it ditched the garbage tank controls. Finally gave us the ability to shoot. Sure it wasn't as scary as previous entries and started the trend towards more action than horror for 5 and 6. Still, I loved this game and would love to play it in VR.

Wrong. The controls in RE4 are the same as previous games. It just seems different because of the fixed camera.

@meganick - you never had over the shoulder aiming controls like you did with 4. It was always aim high middle low in previous entries.

Yes, it does offer more precise aiming, but otherwise the controls are basically identical. Pressing up moves your character forward. Pressing down moves you backwards. Pressing left or right rotates your character clockwise or counterclockwise, just like previous games.

@meganick - yeah but the ability to free aim was a game changer at the time. I dunno, I can see why people didn't like it because it moved away from the pure horror aspect, but it still did a lot right.

specialguest93d ago (Edited 93d ago )

I've been waiting for this. I had a Quest 1 and was not planning to upgrade to a Quest 2 until the day they announced RE 4 VR. VR tech has been getting better each year, but the games are still lagging behind. Only a few games feel like full fledged games

Full games will come. There's a very good reason why most games have a short length to them, plus the price mostly reflects this in most of them anyway. Regardless, I'd rather have a handful of short, but very well made VR games for a low price, than one flat screen so called triple A turd for 70 quid rammed full of microtransactions that's a copy and paste job of something we were playing 10 years ago.

I agree about the sh*tty games that cost 70 full of micro transactions. It's ridiculous

ofcourse its got a good score its woke.

Are you serious lol the game is 16 years old, how the tf is ot woke haha

dude exactley.. but this isnt 16 years ago they cut dialog and removed the conversation between Leon and Hunnigan to not offend snowflakes and im sure Ashleys is wearing bicycle shorts now.
Facebook did claim they would not alter the game and yet here we are..

Oh, I was wondering how come I couldn't buy it on my Oculus phone app..i'll get it tomorrow.