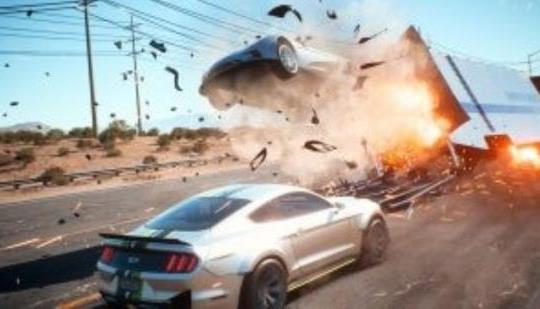 Whether self-published or under a larger company, these developers suffered their share of outside meddling.

Adhttps://store.steampowered.com/app/1488200/Symphony_of_War_The_Nephilim_Saga/?utm_source=n4g&utm_medium=native&utm_campaign=sow_n4g_native&utm_content=png
- Comments (16)+ Comments (16)
TopNewestOldest
The story is too old to be commented.

Probably because Scalebound was a monumental failure on PG's behalf and not MS's. PG bit off more than they could chew and Kamiya is the first to admit that PG messed up. He went on to even thank them for showing up when trying to sell his next game and still having faith in him after the whole debacle.

Because it was a SP title yet MS - likely - insisted on four player co-op.

Hell, Square has yet to put FF14 on Xbox because of policy issue with MS, and yet they're the one's continually apologizing for it.

PG said "both sides failed" in the interview. Inaba and Kamiya were being stand-up guys, but Inaba definitely said Microsoft could have done better and that the game was shown way too early. Also, Microsoft wanted a massive AAA headliner, but did the team have the manpower or budget for a huge open world RPG featuring a 4 player Online co op mode? A human protagonist and a huge semi controllable Dragon, the largest bosses PG has ever done, an actual RPG story, and potentially 4 players and 4 AI/player controlled dragons on-screen at once with a 100 person team? PG was so overworked that executives got ill due to stress and took a leave of absence. Yet Microsoft didn't mismanage the project?

The game was far behind schedule yet Microsoft insisted on online mp.

The team was never equipped for a huge open/semi open world RPG featuring online mp/co op. Microsoft as a Publisher should've realized from the jump that 100 people to make a game of that magnitude was unfair and irresponsible. Not only did Scalebound get cancelled, but the team crunched for about 3 years and people had stress induced illness just to see their game cancelled. The team at PG worked their ass off, Microsoft mismanaged the project because they wanted a massive AAA at a budget price. Why do u think they hired Ninja Theory and Compulsion? Undead Labs and inXile? They want big games but they don't want to spend big money. In the case of Scalebound, it didn't work, and i blame Microsoft.

GB demonized Sony for using Lair to promote Six Axis, but Microsoft used Crackdown 3 to justify the statements they made regarding Cloud tech. Microsoft mismanaged Crackdown 3 as badly as any game in recent memory. They sacrificed the game in order to shoehorn in native 4K and Cloud technology. The game had 3 independent developers working on it and the Cloud Engine technology that was supposed to be powering it was bought out by Epic along with one of the developers several months prior to release. It was a mess, Microsoft showed it too early, over-promised, and they showed a totally misleading Cloud tech demo which raised expectations to a level that was never going to be achieved. Microsoft also elevated expectations for Crackdown as if it was an A1 franchise. They originally promoted and positioned it as if Crackdown was a huge franchise when it never had been. The original gained notoriety because of the Halo 3 beta and Crackdown 2 was an utter flop. Neither game sold 2 million copies. When you position a game as a huge AAA system seller and its previous iteration sold just over 1 million copies and received bad reviews, something is up. The thing is, Microsoft tried to oversell a middle of the road franchise because they just didn't have much else. This also raised expectations.

How about Fable Legends?

Take a great AAA developer and throw them on Kinect. Then make them pimp their own franchise again by turning f2p and pull the rug right before release. Had a beta and everything. Why on earth wait so long to axe a game?

EA/Bioware took the team behind ME 1-3 and put them on that awful Destiny clone while they thought a ragtag team should have the keys to Mass Effect. Good job publisher/execs two fails for the price of one.

The game that got Xbox fanboys hot and bothered at the Microsoft conference with even being exclusive. The game that doomed Mass Effect. The game that made ppl appreciate Destiny, which is hard to do in this day n age.

Its that there are so many examples of MS interfering in game production that has me doubting they'll do anything "great" with all the studios they've just bought.

Over-hyped, but not great.

Do u know that Kameo 2 was well into development when Microsoft axed it and forced Rare to work on Kinect games? Kameo 2 would've likely been a huge improvement on the already good original because the original in no way leveraged the power of the 360 considering it was actually developed as a GameCube game and merely brushed up for the launch of Xbox 360 when Microsoft acquired Rare.

So many terrible decisions by Microsoft and needless interference, it's astonishing that they were protected in this article considering how egregious they were. But then again, Gaming Bolt..

How about an article about the worst cases of a publisher mismanaging a developer? Rare would have to be top 5 and perhaps Lionhead? It's actually sad that a great studio like Obsidian is under the control of a publisher like Microsoft. If only PoE2 didn't flop commercially..

Overstrike looked like it could have been great, it had character and originality. Meanwhile fuse was so generic it should have been sold in a plain white box that just said "Game" on it.

Overstrike was my most anticipated game of the year. Then E3 came and EA stepped in and... the game died in my eyes.

Thanks for listing them out for us.

GB says Halo 2 was terrible and they hail Halo 3 as being superior, but Halo 2 actually has a higher Metacritic and was actually a very fun game. I much preferred Halo 2 over Halo 3.

They rip Deus Ex MD yet if u ignore the overblown preorder controversy and the ridiculous little MTs it was actually received very well by critics. GB claims it had a poor reception, and it did commercially, but the game is an 84 Meta. It really didn't deserve to bomb commercially. If anything choose Deus Ex The Fall. Blame the publisher for turning a gritty, sophisticated stealth masterpiece into mobile trash.

I love me some Insomniac, but can we honestly blame EA for Fuse? Didn't Insomniac go multiplat in order to have more control? Yet EA made Fuse bad? I have to blame Ted Price on this one.

GB has a line where they say 'if u thought Ubisoft was above this" and then they mention Haze. Ubisoft is among the worst offenders, why would we think they are above mismanagement and greed when AC is ridiculously milked and their games are often stuffed with MTs? And who keeps buying The Crew? The Crew 2, a terrible sequel to a terrible game. Virtually every Ubisoft game is a "service" based game with MTs. Oh, and they've had numerous downgrades this gen. The funny thing is, ppl somehow slammed Sony for Haze.

Blame Disney for 1313, they were the ones who cut development once they acquired Lucas.

Project Hammer is another. Nintendo royally fucked over NST with that game leading to its cancelation and by that point, they were forced to change it to a Mii party game. Phantom Dust and Scalebound from MS as well. Sony with Lair.

Phantom Dust 100%. First Microsoft announces a Phantom Dust remake, then radio silence, then they announce a Phantom D remaster and ppl are confused as to what happened to the remake. Then, low and behold, Microsoft stealth releases a Phantom Dust port with no visual improvements and microtransactions. It was a disgrace. I bet the game is either delisted or shutdown by now. They showed a Phantom Dust CG trailer at E3, so i would imagine they had bigger plans for the franchise and something got screwed royally.

MS demanded a lot for a game that had a $5 million budget. MS wanted a bunch of multiplayer and the studio said they needed a bigger budget for that so MS canceled the game and shut down the studio laying everyone off. MS nearly put PG out of business with canceling Scalebound as well. Thankfully Nier saved them.

Find the Best Apartments for Rent in Qatar