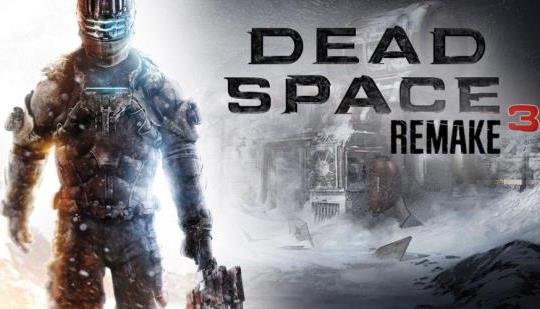 Dead Space 3 is undoubtedly the black sheep of the franchise, but a remake that takes notes from Resident Evil 4 could be a major improvement.

The only way you can fix DS3 is if you told a completely different story meaning no over the top whacky plot with the giant moon, no over the top action with mostly human enemies and no co-op

Also take away the in game microtransactions and give us a free season pass with story expansions. Gamer loyalty deserves rewards like that.

DS3 is so repetitive.

I actually was bored with the game after awhile. It was (at least to me) not scary or suspenseful. A lot of predictability, enter X room and get attacked as soon as the music and sound effects kick in.

Making something new or a complete reimagining of the series would be nice. I liked the ship atmosphere, it had the vibe of, “Event Horizon “ with some “Aliens” thrown in for good measure.

Just tired of all the remakes

The greatest of the 3

It makes sense to recreate great games. Dead Space 3?..Is something barely anyone ever called great. #nuffsaid

Why remake the worst game?
I'd prefere dead space 2

I think his thought process is to remake it and change what was bad about it so it could end up a “better” game.

Welcome to the vast minority.

No it doesn't . It was the WORST DS ever.

It deserves a desert burial in New Mexico.

Lol, let them finish DS1: Remake before we ask for 3.

Dead space franchise was meh. None of the games were ever in the GOTY conversation,

So a game needs to be a GOTY contender to be great huh? Healthy tought process.

maybe in 20yrs when it's actually old... that game practically came out yesterday from an adult point of view who has more important shit to do on a daily basis.... lol

lets see how the remake sells of DS1 first eh.

No way. I hate Dead Space 3. Not only did it kill the survival horror core of the series with infinite ammo and medpacks, but it was the early beginning of EA's despicable microtransactions practices in single player games that eventually became a virus in the industry. Never forget the 10 minute resource gathering robot that you could pay to have it cut down to 5 minutes, rather than just have that as an unlock in the game, which every game known to man before then would have done. Then let's not talk about the over the top story and dudebro shooting.

The remake of the original, however, is something I'm super excited about.

I think he meant Re make DS2. DS3 felt so weird after playing DS2

The first one for sure, the second one I'll bite, the third one...forget about it.

That's definitely an opinion someone can have.

I didn’t like it enough to play it the first time lol. And dead space 1 is in my top 5 easy.

Limitedtimestruggle162d ago (Edited 162d ago )

This game had it's chance, and blew it big time. Terrible Dead Space game. Action and hore mode turned up to 11 and beyond..a real shitfest! It was a total drag to play , but I pulled trough It lacked everything in terms of mood and atmosphere...Nice graphics though, I'll give it that.

I loved the coop only missions in DS3 player two basically had a mental breakdown and player one has to protect them...✌️

I'm getting ready to complete it again in coop with another friend.....I admit all horror looses it's atmosphere when in coop,it's like resident evil 6 cool coop, terrible resi game.
But saying that outlast trials will probably still be a creepy gorefest in coop🤞

Why 3? The first two are better.

Will RE4 End Resident Evil's Renaissance?

Hands-on: Why Gran Turismo 7 is a must-have PSVR2 title | Traxion