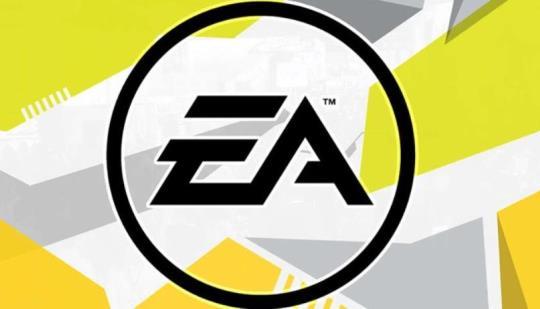 Top 7 Videogame Franchises EA Have Ruined Over The Years

EA has something of a reputation when it comes to awkwardly handling much-loved franchises. Here are 7 that Screen Critics feel they ruined.

Need for Speed as well. Here's to hope that the new one will be a return to form for the franchise.

Dead Space was the worst ruining... micro transactions in a full price game, with co op that was mandatory to get all the story and access to certain areas. Sure Rock Band was oversaturated, and Burnout was basically killed off even though it sold a ton on PS3 back in the day.

Sadly, Rock Band died because of Activision shoving one Guitar Hero every 3 months

Or a reboot, with all the fun of the first one.

I really liked Burnout and Need for speed and thought no one will able to destroy this game.....I was WRONG!

I can't think of a game/studio that EA improved on YOY, sold better, and received high ratings on.

NBA Live- NBA Live was a quality game during the SNES/PS1 era. But ever since it's PS2 debut(And 2K entering the NBA world), the series has been average/mediocre/awful. The Live 18 demo is another example of EA needs to get it together, or leave it alone.

Madden- 2004 was the last good one. 2K5 was the last great NFL game. Madden used to be a must have but the games have been unimpressive during the PS3/PS4 era.

WCW- I know they were working on a PS2 game (was cancelled because of the WWF acquiring WCW) but WCW Mayhem was a solid 1st attempt. But instead of EA building on that, the next game was just backstage.

Def Jam- Def Jam Vendetta was just Revenge/No Mercy but with rappers making up the roster. I was hoping the sequal would be a big improvement over those previous games but instead we got just Street fighting. It was OK not impressive. The 360/PS3 entry was nothing special.

NBA Street- 1 and 2 were good. 3 and home court were average.

Fight Night- Sorry UFC fans, Fight Night is a better series. So it's a shame EA will release a UFC 3 before Fight Night makes its PS4/Xone debut.

MVP- 2K doesn't have the exclusive 3rd party license anymore, I say bring back MVP Baseball instead of NBA Live.

No skate or dead space? Those would be my number 1 and 2. Such a great list though, how did you limit yourself to 7?

SSX and Burnout are the ones that sting me the most.

the first burnout game was actually better than any EA made. not to say EAs were terrible. just different and less polished

Command and Conquer...Red Alert 3 was fine...but then they messed up CNC4 and then that free to play debacle, before ending the series???

Come on those were the best RTS games ever(In my opinion...)

Anybody play the newer medal of honors? They were awesome! Online play were hard as shit but the main games were epic.

EA ruined Need for Speed to the core. what we have now empty shell of it with slap on title .

If Fight Night can be here because of inactivity so can Road Rash, I want a AAA Road Rash for this gen.

Dead Space is the one to me. 1 was so damn awesome, 2 was a small step backward because it lost some of the scare factor and 3 was sort of a reboot, Clarke was still there the gun thing was out of space, scare was gone, loner feeling was gone. I'm mean, it could have been a Dead Space dance game ala Kinect Star Wars and disappointment would not have been bigger.

Agree 0Disagree 0
▼✖-+
SPAMInappropriate
Show all comments (27)
The story is too old to be commented.
50°