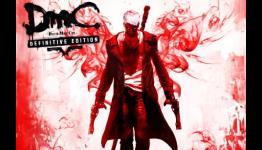 Shinigaming :
Even though the fifth game of the Devil May Cry franchise hasn’t been the profitable success Capcom hoped for, the Japanese publisher gives this title another chance with its remastered edition for PlayStation 4 and Xbox One. In 2013 DmC: Devil May Cry caused conflicted opinions between critics and fans of the popular game series, since the title itself was pretty well rated, while loyal fans of the original characterization criticized its reboot heavily. Now, they can criticize a refined and much prettier version of the original game.