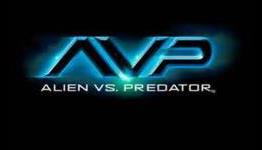 New Version of Alien vs Predator Found for Atari Lynx

Carl Williams writes, "This is interesting news to say the least. The Atari Lynx was Atari’s, only, hand held device to be released and, depending on who you ask, it was a horrible failure for the company. We did see some great games for it though, games that, honestly, should have done better and could have had Atari just been able to promote them and the hand held properly. Titles such as a new Gauntlet, Batman Returns and Blue Lightning to name a few were great games that had the impact of a wet paper sack does holding back an attacker."

Adhttps://store.steampowered.com/app/1488200/Symphony_of_War_The_Nephilim_Saga/?utm_source=n4g&utm_medium=native&utm_campaign=sow_n4g_native&utm_content=png
- Comments (0)+ Comments (0)
TopNewestOldest
The story is too old to be commented.
90°6

The Game Deflators E199 | Nintendo (NES) Collecting on a Budget

The 8 Most Difficult Games We've Ever Played