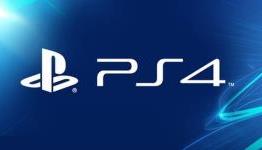 Sony Computer Entertainment Japan and Asia released today a new list with full line-up of games that the publisher will showcasee at Tokyo Game Show, including those that will be displayed only via video.

Adhttps://store.steampowered.com/app/1488200/Symphony_of_War_The_Nephilim_Saga/?utm_source=n4g&utm_medium=native&utm_campaign=sow_n4g_native&utm_content=png
- Comments (77)+ Comments (77)
TopNewestOldest
Expand all
The story is too old to be commented.

Waiting for more Bloodborne and new deep down video.

Me too. Want some actual persona 5 and Metal Gear Online 3 gameplay footage too.

Excluding Portable Ops and Peace Walker. Only 3 MGS titles ever released with competitive online modes. MGS3,MGS4 (only mode was sold on separate disc in Japan) and now MGS5 will also have Online MP.

So am pretty sure he means MGS5 online modes.

metal gear online on ps2 was epic then on ps3 was even more insane. the game had a wicked learning curve. Not to mention that metal gear online is always showed off on tgs, it is also the main reason why i was dissapointed with the phantom pain supposed multiplayer unveil.

Serious time now . By next year PS4 will out sell wiiu in Japan. Sony is super serious about the Japanese market with all these new Japanese games. I can't wait until we Hopefully get some good JRPGs out of it. I'm still hoping and praying for a Panzer Dragon Saga 2 or Panzer Dragon Saga HD . I would also love Vagrant Story 2.

↓↓ don't get so defensive Lol he was trying to claim as if all 70 were exclusives. Don't get sensitive at me homie. And DD is still Japan exclusive

People play ports (The Last of Us) and Multiplats (Destiny).

Games are games whether you like that or not.

^Sorry Sammy, where EXACTLY did he use the word 'exclusive'?

In fact, it's you that's coming across as defensive here... This is a great showing and folks like you can't detract from that, hard as you may try.

Couldn't you try being happy for all gamers alike?

A 95 rated port that still is the best game out this gen.

Persona 5.
Even if its video only, that's what i want to see the most.

Yep, it's going to suck being a PS4 gamer in the coming years, too many games not enough time

I was hoping to see the new Gundam game on that list, though.

But I don't think its a complete list of all the Sony-platform games at TGS; its just the games Sony is showing off. Because I know some NamcoBandai and SquareEnix games that aren't on the list but almost certainly will be at TGS.

There are many games on the list that are already released in the US. Maybe they didn't release in Japan yet.

Actually, FEZ is free on PSN in Japan right now.

People "disagreed" with your post because they thought you were attacking their console of choice, yet you were asking a legitimate question.

LOL that's N4G for ya... There should be some sort of regulation on people who bubble down and disagree an abundant amount. Talk positively about X1 and you're sure to get some flak around here.

Someone got disagrees for saying they don't speak Japanese and hopefully videos are in a language they understand. Blows my mind.

Perhaps people disagreed with his post because the list was of titles that were being showcased at TGS, and the fact that Fez was included in the PS Plus instant game collection is entirely irrelevant.

I'm not sure if it's because of any particular agenda or not, but you sure jumped to conclusions quickly.

Also who else is tired of all the poor victims of fanboyism. Poor me people downvoted my random comment on N4G boo hoo. Come on man who cares about bubbles and agrees? Dont be a loser. Nothing has value that you dont place on it individually.

Its not as bad as last generation. Not yet, at least.

I disagreed becaus his question is asinine since the list of games and reason for the list are clear. Had nothing to do with bashing any company since the post doesn't do that. But keep that victim mentality going. It makes this gens "community" so much better.

I hope the videos are not in Japanese cuz I don't speak the language.

The event is in Japan of course they're in Japanese.

Gamescom is in Germany but I didn't notice ANY event that I watched being spoken in German.

@LazyGoron
Gamescom is an event that targets the whole European market.
TGS is aimed at the Japanese market.

Wow I guess the " everyone should speak english" BS has spread to non english speaking countries as well. Sad

I would appreciate a translation. I understand japan has a rather low percentage of people that speak English. So of course thwir event will be in the native tongue, however sony should realise how many people would watch this worldwide if the provided translations in a few languages.

Do you expect EVERY country to cater to your narrow linguistic abilities? Do yourself a favor and learn some other languages and maybe you could understand these Japanese videos. It boggles my mind at how many Americans can only speak English.

Sorry, I'm not a native speaker of English.

Well, taking English as an international language, perhaps videos from TGS would be translated into the language. I wish. :)

Not exactly full when they don't include unannounced titles.

maybe there is no more unannounced title ;D

Aren't you the guy who bet we'd see ff15/kh3? Or was it someone else with the same dp?

Nope, I gave up on seeing those two a long time ago. They'll be ready when they're ready, no one knows when we'll see them. I did, however, tell everyone there would be a new RPG at Sony's pre-TGS. To my surprise, it was more than I was led to believe.

Well, bunch of games + new titles to be revealed.

no silent hills i guess , what about the unannounced games ?

Wouldn't be interesting if they leaked unannounced games. I suspect an announcement for both PS4 and Vita.

FFXV....this is very annoying now. Once again nothing from Final Fantasy

Its vaporware, and has been vaporware for nearly a decade. Its time to suck it up, move on, and realize the onlynthing SE has left to offer are halfassed mobile ports of old Squaresoft and Enix titles.

I will be so happy if they show that.

Right? I want some sexy gameplay

That's great news for Japanese gamers. I doubt even 20 of those games will come to the west, though.

Some of them have already been released in the West.

Also, PS4 isn't region locked, so assuming they're not text heavy (or you can understand Japanese) import to your heart's content.

What the...they said Vita has no gaem!

The cake must be lie!

Incredible. Time for Sony to push UP PS4 in Japan.

Man, I saw the SCEJA video, loads of twee visual novel crap. Games in Japan do nothing to push the hardware, and they recycled the same franchises ad nauseum. It distresses me, cause there ARE talented developers out there, but they're being stifled by how insanely shallow Japanese pop culture is these days.

Edit: They showcased Destiny, and wow, the game looks GENERATIONS beyond what any of the games from Japan look like. It's pretty sad.

1) Japanese devs are popular with never prioritize graphic over story or gameplay. I'm surprised you didn't know this.

2) The majority of japanese devs are small to middle company, which means they had limited budgets. That's why they never obsessed so much with realistic graphic like western devs.

If they make one big project like Destiny and the game flops than they're dead.

But big company like SE, Konami, Namco, Capcom, Sega, or Sony can push the hardware. If you want shiny graphics than you should play their games.

3) Visual novel are not crap. Danganronpa, Ace Attorney, Zero Escape, Prof Layton, Steins Gate, or Corpse Party are some of the best games that i ever play in my life and they are visual novel. If you think visual novel are crap than games like Heavy Rain, Beyond 2 Souls, Broken Sword, or Walking Dead also crap. Because those games are the visual novel of western devs.

4) I'm happy that 'visual novel crap' like Danganronpa had much much better review scores compare to $500 million game like Destiny. It shows that video games are not just about graphic.

After doing research on the vita games, im thoroughly underwhelmed. Just more of what the vita already has an overabundance of.

30 something vita games?! That must equal 1 game to the vita haters lmao

No surprises YET....best believe sony always has something up their sleeves when it comes to surprises...lol

This must be a lie.. i was told Playstation has no games...

I was hoping for the Ratchet reboot and better Vita games. Im not asking for a Vita miracle. I would be more than content if they announced Gravity Rush 2 and the rumored LBP Karting Vita.

But but according to Xbox drones PS4 and Vita haz no games. Only Xbone. All hail Micro$oft.

What's up with the repeated, "But, but, PS4 has no games" jokes?

But but Sony has no games,only Indies (sarcasm) lol 😂😂