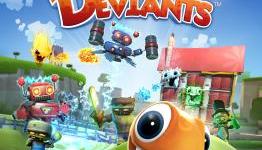 GamrReview: "As the gaming generations pass and gimmicks such as motion control and touch screens become a system's selling point, rather than just another feature, every new piece of hardware requires its own launch software to show off its capabilities. The PlayStation Vita has a slew of fantastic features such as a set of touch pads, a camera, a microphone, and a motion sensing gyroscope, so there's lots to show off early in the console's life cycle. Little Deviants demonstrates each one of these features via a series of fun, bite-sized mini-games, and for the most part it does a great job!È

About what I expected of this game. Hopefully Gravity Rush will do the Vita justice.

PlayStation Plus: Free Games for June 2016