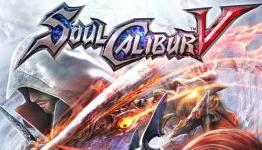 Beautiful graphics, destructible environments and simple core mechanics make Soul Calibur V a title that’s easy to pick up and play. The amount character creation and customisation options is great too. Sadly, the shallow story mode coupled with gameplay that lacks any real depth, makes it a title that is also very hard to recommend to anyone who is serious about their fighters.

If you’re looking for a fighting game that you can easily dip in and out of, then look no further than Soul Calibur V. However, if you like a fighter with some depth, then you’ll be probably be better off looking elsewhere.

SC's depth and gameplay is just different and unlike its gameplay usually seen in 2d fighters or stuff like Tekken .

It's less about learning sequences of combos and inputting them in a tight and timely fashion , and more about space positioning , pace and strategizing round it and your character .

Attention , all those other fighting games uses pacing and space too , and arent some dumb rythm game . but far less than emphase on it than SoulCalibur .

SC is accessible but dont kid yourselves , going all bullish and spammy , will only warrant frustation about chars like Mitsurugi being "overpowered" , when outsmarted . When in fact he's mid tier at best

Or Siegfried being too bullish and easy , when the best of them are quite the strategists . Siegfried usually require mastery of his whole moveset , and as a slow and very punishable fighter , is all about building up momentum after some heavy pressure

In short , i dont see how it could be counted as a minus or negative . it just is a different game .
Just like it would be silly to claims that Quake would lack the depth of some MW game .

Good comment, although I think you are wasting your time to be honest. I just cringe every single time a new fighting game comes out because I just know the amount of mis-informed drivel that is going to come out of so called gaming journalists mouths.

Dunno if you checked out any of the preview videos from any of the big review sites but the level of play was akin to that of a 10 year old (though even that is too much praise). Its not about being the best at fighting games in order to review them but at least to do some research (you know, like ACTUAL journalists do) instead of making blanket statements about a game based on their own incompetent skill level.

Woah hold on a sec, Im not trying to be negative because you come across as genuine, but again I have to say that all your comment does is cover up a blanket uninformed statement with another.

Saying that "simple controls" back up the "fact" that the game is simple overall is complete BS. If by simple you are referring to the number of buttons then quite frankly you are a fool, Virtua fighter is probably the most technical of all fighters and its been a 3 button game since the beginning. Depth is not measured in how complicated a move set is, it is in how you use them, when you you use them and how the game mechanics (just guard, guard impact, brave edge, critical edge) are integrated in to play.

Im also assuming that your reviewer is going to EVO this year because he has already mastered this "simple" game and so he will be getting guaranteed free money.

Our reviewer stated that the core mechanics are quite simple, making the game easy enough to pick up and play (which is both a positive and negative in this case), but beyond that the gameplay lacks depth when compared to other fighters (Street Fighter IV, Tekken 6, BlazBlue and so on).

This, for him, his backed up by simple controls (which he mentions) and the fact that there is no real tutorial mode for the game either. Couple that with the fact that he got a little bored, and only versus kept him going (fun, but not great) we think he adequately backed up his point.

It's obvious that you don't agree, and that is fine, but our reviewer just shared his opinion.

Well, there are opinions and then there are facts! Saying the game has simple controls is false. If we count the individual buttons it has, then it has like what, 2 less buttons than street fighter? And pretty the same buttons as tekken if I'm not mistaken? After that you got your button combinations for special moves, grabs, BEs, CEs and the like.

Do all these seem simple to you? It sure doesn't seem like it to me :P Multiply all that by the number of fighting styles in the game! Imagine mastering all that in your playstyle, knowing what to do and when to do it, learning your rivals, escaping from their techs etc. I can't really comment on Tekken's or BlazBlue's complexity because I only played them casually (yet you don't see me making statements!). But I can comment on street fighter IV, and especially in IV's case, which is dumbed down considerably from the previous iteration, I can confidently say that Soul Calibur is the deeper fighter.

So yeah, sharing opinions is fine and all, but if you want to consider yourself a respected reviewer you have to go beyond a simple opinion. All fanboyism has to be put aside, compare things objectively, and have a person knowledgable to the genre and the games history review the game.

It's like me going now to play virtua fighter, which I've never played since X32 on megadrive 2, count the button presses, compare it to Soul Calibur that I know well, and state that it's simple :P You have to get into it, see or experience some high level play first, before commenting on its depth!

Well the whole buttons thing would makes even less sense , when some of the most hardcore 2d fighting games only use 4 buttons (Blazblue , KOF)

"we think he adequately backed up his point. "

Except he didnt do any of that . He just repeated it lacks depth , while hardly adding any depth to his review actually .

Simple controls ? Given his general attitude , i have a feeling he can't pull off the whole movelists of every chars in combat situations , to begin with .

In the end all we know is that he is bored and not very privy to the game's mechanics and shenanigans ... the weakest "back up" ever .

Ranking The Soulcalibur Games From Worst To Best

5 of the Worst Characters in Major Fighting Games

The Five Best Soulcalibur Games of all Time

Killzone 2, Soul Calibur 5, Time Crisis: Razing Storm and more running on the PC thanks to RPCS3