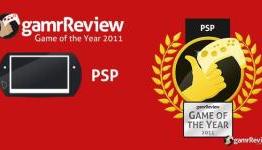 gamrReview: Seven years after its release, the PSP is definitely showing the signs of a platform in the twilight of its lifecycle. With PlayStation Vita just around the corner, attention has shifted away from Sony’s first foray into handheld gaming. Nevertheless, 2011 brought a number of great PSP titles that deserve recognition, including classic remakes, improved sequels, and long-awaited resurrections.

I don't care if its PSN only and is for the PS Vita as long as they localize the game, I'll be happy.

5 Games Like Project Triangle Strategy That You Can Play Today

Bring it Back | Parasite Eve

Why Timed Rewards Are Bad for Players