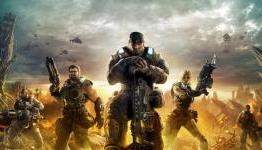 Wow, a 9 from EDGE. Great score and I can't wait to kill me some glowies and take down that damn locust queen.

Well it's a 9 from edge on a 360 exclusive so that's in no way surprising. Still it's clearly a deserved 9 and I'll be picking this up soon.

You know Mass Effect received a measly 7/10 from Edge. It was an Xbox exclusive too!

Maybe I should arrive at the opposite conclusion...

This whole, "this site is biased" is kind of getting old.

All the Gears 3 reviews coming out so far has been stellar so this is somewhat expected.

Edge gave Gears 1 the lowest score out of any reviewer. Bioshock 1 as well(360 version year ahead of Ps3)..But eh, I tend to agree, Edge do seem a bit biased to the 360. Or maybe the 360 just has good games, the Ps3 games that deserve good scores Mostly get it from Edge, for example:

They just don't worship every Ps3 exclusive that comes by like the net coming of jesus, just because there are alot of Ps3 exclusives doesn't make them all amazing

Hm, I sort of take it back...sort of...alot of games get a 6-8 when most others give them more, but I tend to agree with that alot of the games deserve lower scores than they get, just not as low as Edge puts it.

IGN also gave this a 9. Look forward to this!

What else can they do to make this game value go up?
For me Is 9.8

Im not hating...please check my history and ive always thought edge were full not of it not just today BUT im happy for the gears and ill be trading resistance 3 in for this on day one as im not too into fps's online. When I saw edge give games like crackdown 2 an 8 i knew they were full of it... Dont give me none of that opinion sh!+ either. CD2 was an expansion dressed up yet it manage to outscore many better games that weren't under the ms umbrella and was given a free pass on all of the points other games got marks knocked off for.....joke ting

i see some people above naming one off scores where edge acted up...learn what the term 'trend' means, it might help

Doesn't hold water why o why....any site with enough history will have games over-rated and under-rated in terms of averages, the fact that the same site avg is lower for 1 set of games vs the other is meaningless UNLESS the desparity is huge, since if you compare any 1 gaming sites averages for 2 different set of exclusives the rating by definiton will be lower for one compared to the other unless you actually expect them to give out equal scores, hell if you threw wii scores in the mix, ALL sites will have a #1, #2, #3 avg above or below metacritic for each console= the logical conclusion is that they simply liked certain games better than others which means that will place them in a numerical order for each console exclusives either above or below the meta avg= Why we have an average. "OMG get out your pitchforks now, how is it possible to have a lower ps3 exclusive avg, back in 2007?" I mean should we now put IGN under the same microscope, I think they'd have a higher avg for ps3 exclusives vs 360 exclusives compared to the meta avg= Are they biased against 360?...oh I forgot any site that actually has a higher ps3 average would be of course giving out legit reviews.

lol, Its a pretty simple and logical answer because if you or I or any person were to judge/rate any piece of subjective entertainment over a prolong period of time statisticly we'd likely be *wrong or off at least a few times about a few of those mediums occasionaly compared to a industry average of reviews. Furthermore Edge generally rates ALL games (exclusive & multiplatform) below their average still the fact that they've given some of the more highly rated ps3 exclusives very high scores when they could have certainly rated them lower(to continue their *trend) along with the fact that they've given a few 360 exclusives lower scores or as you call it "acted up", lol why is the logical most likely answer thats staring folks in the face always the most avoided assumption, simply put for the most part Edge gives low scores, the fact that they've given a few more lower than normal scores to ps3 exclusives does mean "OMG they hate the ps3", the simple answer is likely the truth, Edge is picky and they tend to give the big budget exclusives on both consoles good/great scores with a few exceptions for both, but when it comes to the good/great games that don't have huge hype behind them Edge tends to be all over the place= a high review that nobody saw coming, or a low review that seem out pace with general expectations.

Personally sometimes I think they nail it, and sometimes I couldn't disagree more despite whether its exclusive or multiplat, but thats OK, I dont respect them any less or more, all things considered this just suggests that Edge is eccentric when it comes to reviews, often that may rub both 360 & ps3 fans the wrong way, but I can only conclude they don't give a damm because they obviously have a Edge-fanbase that they care alot more about.

Well put but why are their ps scores so far below the average on average compared to the 360 which are closer to the average on average like the articles were pointing out all that time ago. Put it this way. Im not saying there is absolute bias im say that some does exist and edge more than any other have proved they just prefer and give more favorable marks to the 360. Im kool with this score but even the most ardent 360 preferers should be able to notice the trend. Look at the graphs man. Read the original article that one comes from linked at the bottom. With so many questionable things being tied to gaming journalism you'd think your eyes were a little more open. Pointing out 'anomalies' on both sides doesnt hide the trend and its the trend not the conspiracy that annoys because it isnt a conspiracy. There was enough data to make a proper article way back then....the trend still continues. They just prefer the 360 to win, Their preference is clear but why people still chose to turn a blind eye is puzzling.

Stop calling it bs because you dont personally dont see it that way...no fair. Im out of bubbles so until next time

This is the wright platform for this game because xbox live is the best online experience and this is what make this game so enjoyable.
Sorry, I tried but I don't speak English but take the idea. ;)

You lose ALL credibility when you spell RIGHT like someones surname.

Their reviews might not go hand in hand with the mainstream opinion but their writers are, and always have been, some of the best in the business.

Next tuesday after work me and my co-workers will be on xbox live playing horde and co-op. Who cares if the media is biased for PS3 or 360 games. I play what I want on PS3 or 360. I think that all PS3 exclusives are over hyped on N4G and the internet by gamers.

I LOVE THIS. N4G WAS GETTING BORING WITH ALL THE CALM. I HOPE UC3 GETS A 8.9 JUST SO PEOPLE CAN BITCH AND COMPLAIN MORE LMAO