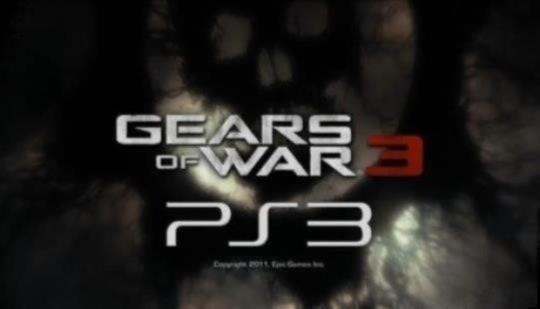 After a decade of working on it behind the scenes, the Gears of War 3 PlayStation 3 prototype build has finally been released.

Adhttps://store.steampowered.com/app/1488200/Symphony_of_War_The_Nephilim_Saga/?utm_source=n4g&utm_medium=native&utm_campaign=sow_n4g_native&utm_content=png
- Comments (36)+ Comments (36)
TopNewestOldest
The story is too old to be commented.

Projects like this is a waste of time and money. Not only that but Microsoft/Xbox could sue them for it. Being that it was for the PS3 it’s a couple generations late.

That's not why it exists. It was ported to test UE3 on the PS3. It's a straight port, meaning there is no optimization nor did any the button prompts get changed.

@darthv72; Then I stand correct, it was a waste. This shouldn’t even be news sense it’s so called “port” never officially happened and was only due to “testing”. This is just scraping the bottom of the cauldron, irrelevant.

Epic sold the IP for Gears of War to Microsoft because at the time it didn't have enough money to develop the game independently with the triple-A budget it deserved. It's funny to think that if it had kept it, the Fortnite profits would have been more than enough to make top quality sequels.

I have a feeling after developing three entries in the series and ending it the way they did it was probably a case of its done.

They ended 3 with such a it's over scenario that the locust shouldn't have been capable of comin back for 4. It's probably the main reason why I couldn't get into 4 past the locust reintro. I mean they could have used another enemy type or threat we are talking about another planet colonized afterall they could still have aliens or other unknown threats etc.

After the loophole that was 4 it's good to see 5 come back so strong and tell a compelling story outside of that decision tree section.

Or maybe if they didn't sell it, they wouldn't even make far enough to make fortnite.

While that is true, EPIC doesn’t seem to want to make any other games besides fortnite. Instead they are going out and publishing them. They are content to not develop games anymore just like valve

Yeah, but they also had different plans for fortnite than what it ultimately became.

They are a Microsoft studio. Budget isn't an issue. It's the devs. The Coalition ran the series into the ground story and character wise. Epic would have done a much better job, but finances were never an issue.

The Coalition far from damaged the series. As someone who played every release, though passed on the Xbox One, being I'm PC, 4 and 5 were great games.

@bnet Tim Sweeney is the CEO of Epic and he said finances were an issue.

“2011's Gears of War 3 cost "about four or five times more" to make than Gears of War did in 2006. According to Sweeney, the way Epic Games was going, the fourth game would have boasted a more than $100 million budget. Making a profit off the project would have required the game to be a major success. "Anything less could put us out of business," Sweeney said.”

The game was not sold until last gen.
The reason was because the contract was ending and then the game/series could have gone multiplat. Just like mass effect.

Being, with hindsight, that Microsoft desperately needed games to compete vs their actual own output, they bought the franchise to keep it Microsoft exclusive.

Microsoft bought the exclusivity of the game.
Nothing more or heroic.

This wasn't a project it was a byproduct of the UE3 engine when epic made the game it could be output using PS3 configurations to test the engine on PS3 and someone did but they did not optimise it.

So as far as I'm aware this project was stolen internal code that was accidentally compiled.

You have a right to your property. Whether it be physical, or intellectual.

Why are you the way that you are?

you really think Microsoft gives a shit about a old build being released that was meant for ps3, a machine from 2006 that has been dead since 2013? yeah okay.....

Why would this be irrelevant to a gaming website?

Sounds like you're just upset that it's on PlayStation. You're the only one here that's triggered lol

Actually Epic could've released the Gears games on PS3 and many from Epic wanted to do it. It wasn't Microsoft exclusive. I remember reading an article about this over a decade ago. In the end, they simply chose not to do it.

Pretty cool, but that framerate

Exactly, made me feel a bit dizzy watching it!

Considering the game is not at all optimised specifically for PS3 it seems decent where the code is basically pre-alpha. Holding somewhere around the 25FPS level much of the time, with obvious steep drops.

Not playable really but with a few months worth of effort by the developer it's likely it could have been a workable version.

I mean yeah, I'm impressed by it. Just noticed the counter

Looks choppy as hell. Made me feel a bit dizzy just watching that video!

The only franchise I wish was on playstation as well. Definitely wouldn't need an Xbox at all.

But not with such a framerate I guess

Gears multiplayer has such a high skill ceiling and is so unwelcoming but i love that about it. Feels like a slice of old school shooters. Even the pervasive trash talk is there.

If you think that's bad, try getting into Counter Strike nowadays. The only way you'd get a kill is if the other person literally left the keyboard.

Not to mention it's one of the most toxic communities in gaming.

I can tell you one thing though. Gears 3 on series x looks incredible

I know it gets shit on but Gears Judgement also looks even better on the Series.

Judgement looks good anywhere, I played it on a One S last year and it looked good. I didnt really like the game (Only one from the whole series I didnt like), but graphically its real good