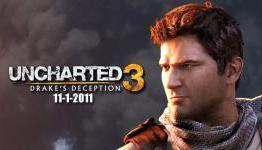 UnchartedCentral.com: In a recent interview the cinematics lead of Naughty Dog explained why they are not using this technology.

"You basically have to sit the actor down in a room , have him not move and speak all of his lines directly to the camera and then you have to do the body capture completely separately , probably another day with another person and the characters should look exactly like your actors"

His right...for a game like uncharted the actors are doing the body capture and speaking and the same time.

it could work for bioware or the elder scrolls games though. ^_^

You'd have to sit down some cat and lizard people for Elder Scrolls :)

Honestly though, Team Bondi has said that the captured animations take up a lot of file space (hence the 3 DVDs for the 360 version), so I doubt it would be practical for a huge game with 1,000s of NPCs like TES. Besides the time it would take to capture all the dialogue, you'd end up with a game that would need like 5 blu-ray disks....

I loathe disc swapping the only game i tolerated it with is ME2...

I know what you mean. To be perfectly honest, it's been a while since I've watched an LA Noire trailer, but the last time I saw the facial animations I found them more creepy than impressive.

To me, it's because the graphical quality of the faces (textures, and whatever else it is) isn't on-par with the animation quality. The great animations coupled with sub-par graphics is just creepy.

For GTA4 there's a difference in resolution, but the game is identical with the "naked eye". In order to see any difference you'd need a pixel counter and frame counter.

I can't comment on RDR because I haven't played it for either system.

However, LA Noire isn't using the same engine, it's using the engine the game started on, which was built originally for the PS3, because as we all know, this game originally was owned by Sony until they scrapped it and eventually sold it to Rockstar/Take 2.

Edit in.....If I'm not mistaken, But isn't the PS3's version supposed to have an extra mission or something like that?

Im not too sure on what the tech is capable of, but from what i've seen the in game characters will look exactly like the real actors playing them.

This is a big no no for games with unique characters like Kratos, Nathan Drake, Snake etc and therefore does limit game characters to 'real life' which imo isn't welcome.

However games like LA Noire, GTA and Heavy Rain which are going for that realtime realistic look would benifit greatly.

you just put makeup on actors... like in movies, not so difficult.

L.A. Noire's facial animation technique is very impressive. In my opinion, a little too impressive in such a way that, for some reason I find it eerie or freaky. It's like seeing someone's face LITERALLY plastered onto a 3D model. They look exactly identical.

I was like...wait, isn't that the guy from Mad Men, or isn't that Walter Bishop from the TV series Fringe? I would love to have seen a character similar to them, or modeled after them, but NOT the exact down-right identical person's face, it is a bit 'freaky' looking at it.

Maybe thats why the tech might be limited. But I think games like Heavy Rain could benefit from it well.

Yeah I would say it depends on the game, a game like Uncharted does not need this tech, because looking at the face to see if they are lying does not really play into a straight forward action driven game..

This works better on stuff like GTA, Heavy Rain, Games where some serious interaction between the player and the other characters in the game is needed.

Games where facial expression is key to determining what you as the gamer need to do next..

Uncharted would benefit from it, any game would

But of course, like you said, it's not a top priority for a game that is more focused on action/fluidity of body.

One day we will have all these technologies as standard as a red barrel in an FPS title!

yes alpha male, and then dev time would take a useless extra few weeks. something like that is pointless when a game like uncharted is already perfectish.

still I guess in the long run 2 gens from now it would be ok.

It would look more realistic...which is a BAD THING!!!

Nathan Drake is modeled after Nolan North. He doesn't look exactly like him. Doing this tech would ruin it.

Alpha-Male, it wouldn't benefit from it. Not only is is a longer and less natural process, but the game character would have to look like the actor playing their role.

For realistic games, perhaps this tech will be beneficial, but there are so many stylised games out there that don't need this sort of facial realism. It suits L.A. Noire down to the ground, but wouldn't be convincing for every game.

LA noires tech is absolutely stunning. I can't wait to see it used in other games.

Can't wait til we get games using Image Metrics the way I originally saw it! For those who never saw it, here you go...

way to reply to comment on the story. good contribution, lol.

All im curious about LA Noire is if i can go crazy in the city and drive in the sidewalk, run over people, blow up cars, and basically play it like GTA. Do we have that freedom in LA Noire? I hope so. I saw street racing in the preview too.

I would prefer narrative to freedom. I don't want a GTA clone in the 40's.

I want both. There can still be narrative with freedom.

At great expense of the other. The narrative is really getting pushed as something important, not just a side feature like GTA or RDR, I want to see Team Bondi do something different.

not sure if capcom or some other company used this back in the days, or maybe they didn't. I have no problem with it, but it kinda raises the question if this method is used just to save some time. I always thought there was something funny about the faces in LA Noire as if they want to pop out like ghostly apparitions. Oh, Siren used this method too.

I'm pretty sure LA Noires facial stuff ain't real time, so I don't think it would work for Mass Effect or Heavy Rain.

I've seen tech out there that is real time, and even cooler, it only copies your facial movements, not the appearance. So you can model it onto an alien or a lizard man or a smurf, and the face will look nothing like yours, but the emotions, movements, and expressions will be 100% yours. It's really cool. Perfect for something like ME.

definately, but not real time on PS3 or 360. There's not enough processing power to do it as well as show all the enviroments, cars etc.

In this game they will be loaded up as videos, and there will be no interaction or hang time like in HR or ME

i don't want themm to put it , it doesn't work , it would make the game ugly , L.A nOIR is perfect for it but uncharted is not , ND are really smart people , they know what to do so i accept anything they bring to us ...

but it seems that ND are intersting in the Facial Capture tech ..

ND cant do it because all the characters in LA Noire are based directly after their actors. Drake doesnt look the same as North, neither does Fisher and Rose, or Sully and his actor. Its pointless and would be a waste of time.

i dont agree that it wouldnt work they could use this to get expressions then bring that onto the characters so it doesnt matter if they dont look exactly the same but i do agree its def not needed in un as ND do great expressions as is and it would waste resources that could go somewhere else. Cant wait 4 la noire and un3.

If anyone knows anything about Naughty Dog it's that ND loves to have their voice actors more hands on to deliver a visceral experience for the players. Oh and the actors are hilarious, glad they addressed this.

Two different games in my opinion. Now imagine LA Noire tech a couple of years down the road, with an amazing new Next-gen engine, and ND real-time camera work. Now that would be Interactive Cinematic Entertainment.

It would be difficult for any game to use this kind of motion capture because the voice actors will need to exactly like the characters they voice in the game. This means the voice actor has to have the exact face of Nathan Drake.