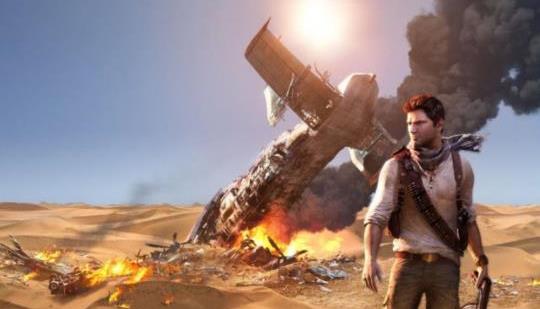 A decade after its release, how does Uncharted 3 fare today? Does its story still work? Was its precursor’s legacy a bedrock or quicksand for its own aspirations?

Adhttps://store.steampowered.com/app/1488200/Symphony_of_War_The_Nephilim_Saga/?utm_source=n4g&utm_medium=native&utm_campaign=sow_n4g_native&utm_content=png
- Comments (28)+ Comments (28)
TopNewestOldest
Expand all
The story is too old to be commented.
451d ago

When arguably the weakest game in the series is still awesome and more fun than most games today, you know you're onto a winner!

I'd extend "arguably" before awesome too. Many technically demanding scenes were jaw-dropping for the time, but it's tough to ignore the sub-par context propelling the action forward.

Tough for you, perhaps, and that's fine. I enjoyed it very much. Perhaps a little less than the others in the series, but then the bar is extremely high.

I remember being blown away by the water and sand tech in U3 for the time too. It certainly was a visual treat!

It is very good, but when I originally played Uncharted 3 it was the most disappointed I'd ever been in a video-game because Uncharted 2 was just that good. I enjoyed 3 much more when I replayed it in the Nathan Drake Collection though. I could just enjoy it for what it is and accept that it's not Uncharted 2 - it's not a roller coaster, and it doesn't balance and rotate between action, puzzles, platforming and set-pieces in the same way.

Uncharted 3's gameplay is a bit more compartmentalized and focused on one thing at a time. I'm not surprised the scrapped version of Uncharted 4 was going to have no gunplay for the first half. It's also paced much differently - it takes a long time to get to the notable set-pieces. Uncharted 2 is insane from Nepal onwards which is about an hour into the game. haha.

I did like the introduction of chase sequences, and I love first hour (bar fight, young Drake) and from the airplane sequence onwards but I just think the rest of it just sort of meanders along without as much purpose as 2.

When it comes to the script, you can feel the absence of Neil Druckmann and Josh Scherr (writer on every other console Uncharted game). Drake gets hit in the face, and the game goes on a random side plot for an hour to give you some boat set-pieces. He then washes up on a beach close to where Elena is staying to get you back to the real plot. Drake just says "How convenient" to try make you laugh off how sloppy the plot got.

In retrospect, I'm not sure if Naughty Dog were ready to work on 2 different games at once. 3 clearly had production issues that 1 and 2 didn't have, and Hennig's version of 4 didn't work out. They had to crunch so hard to get the rebooted version done on time that Bruce Straley gave up making video-games.

I'll give you some props for the extra analysis. I remember Druckmann climbing his way to a writer spot in UC2, but wasn't aware of Josh Scherr. I didn't know that was the reason for Straley's departure either. That's pretty damn rough.

They had to make some weird choices as far as story went because the actor for Cutter had to bail which left a few holes in the story.

Uncharted is one of my favourite series and while the leap from 2 to 3 was not nearly as big as the leap from 1 to 2, I think it was an amazing experience none the less.

Graham McTavish's departure wasn't easy, but I don't think that would fix many holes tbh. Because the main issue to consider is the precarious mindset Naughty Dog was operating on: an increased emphasis in set pieces that HAD to go in and worrying about the context later.

I really liked part 3 ( Among Thieves is still the best in my opinion) My only complaint was the interactions with the villains and how they were a missed opportunity, Linda MacMahon (Marlowe) was an interesting antagonist due to the history with Sully and Nate but it fails basically flat especially with her ending. And I couldn't care about Navaro 2.0.

What I did love and made me care was Cutter, in the short time he was in the game you could feel that the guy was a good treasure hunter for example when he pulled his own notebook with the clues he founds so the team can escape a room.
It was a small touch that add a lot to the character.

Marlowe was played by Rosalind Ayres.

I have mixed feelings on the series. I still own all of them on the PS3, and the collection for PS4, but I didn't truly "love" any of the games until 4.

They're good games, but they always stumble on some element.
The first is good, but the climbing mechanics weren't exactly fine tuned with the first showing. Not to mention the spongey enemies if you played on anything past normal; but you're then faced with a fairly unchallenging game experience.
The second mostly fixed the climbing, but added in a pretty clumsy stealth mechanic.
Three was just two with a new story.

Four got it right though.
I don't remember once getting annoyed by any mechanic had in the game.

I know that everyone has a soft spot for 2, and 3 is sort of the black sheep of the series; but they did, overall, get progressively better. Which doesn't always happen.

Still great Uncharted I just don't like how they handled the story in this one just feel so heavy handed.
Also it tend to throw many cheap shots on gunfights I stuck on certain puzzle can get too specific at times.
Set pieces dragged on for too long and
controls were not nearly as responsive as well.

The controls at launch for Uncharted 3 were ruined by input lag. I remember trying to line up headshots in a stealth sequence in the London Underground section, and wondering if something was wrong with my controller.

They eventually improved it on PS3, and it plays perfectly in the Nathan Drake Collection. Bluepoint standardized the shooting in Uncharted 1 and 3 to feel more like Uncharted 2. There's no better proof that 2 is best of the trilogy than Bluepoint using it to improve the others. haha

https://www.eurogamer.net/a...
"We've done a significant amount of work, unifying the games and improving aspects of control and aiming. We worked on bringing U1 and U3 closer to U2, but we incorporated some global improvements such as reducing the dead zones, and making analogue aiming more responsive and precise across all three games."

I really didn't like this game after a while. Multiplayer was such an unbalanced laggy mess, and ND just kept adding hats with perks. The story made no sense, there was no fantasy aspect to it, the animations were clunky and made things awkward to do, and AI would constantly try to fist fight you while also shooting at you. It isn't just nostalgia, Uncharted 2 is just the best in the series

lol "Shackled." 3 is literally far superior to 2 in every possible way.

If that were true, Bluepoint wouldn't have used 2 to improve the controls and shooting in 3 in the Nathan Drake Collection.

"We've done a significant amount of work, unifying the games and improving aspects of control and aiming. We worked on bringing U1 and U3 closer to U2, but we incorporated some global improvements such as reducing the dead zones, and making analogue aiming more responsive and precise across all three games." https://www.eurogamer.net/a...

3 isn't just 2 but better because they're actually quite different. 2 is an absolute roller coaster - just an amazing blockbuster action movie that you get to play. 3's pacing is very different. The boat set-pieces take too long to get to, and they're not integrated into the main plot very well.

Absolutely not. It deserves due credit for its awesome updates to online co-op & graphics, but you're in INCREDIBLY rare category with that opinion. Like Lucas said, even the gunplay mechanics were weaker. I don't know why ND tweaked shooting between 2 & 3.

In regards to the story, I don't see why "shackled" isn't appropriate. 3's practically Xeroxing major story beats from 2, yet it was also exploring different thematic avenues. It just hits different.

I found the setpieces really cool, but also kind of exhausting. I felt like the level design and gameplay wasn't nearly as good as the previous games (especially the second one). I also didn't like the story. Uncharted 2 still stands as my favorite of the series.

tbh i think it was more shackled by too many sequences/moments of not letting you move on
any time doing the desert scene, except the first time, was boring torture
or 100 moments of "look over there for 30 seconds of unskippable cutscene"

I think your comment enhances a portion that the piece brought up: UC3's pacing. The short-lived unskippable cutscenes everywhere are kinda obligatory BECAUSE of how often the story jumps from place to place. It's similar for the necessary establishing shot in globe-trotting movies.

I liked Uncharted 3. I platted it like I did Uncharted 2. Why pretend like it's a bad game now?

Literally not what's being argued in the piece.

Uncharted 3 will always be mindblowing me, I don't think any other action game comes close to the variety of big setpieces, especially with the unique control. The music, and that dessert scene, the tilting ship escape, cargo scene, mindblowing all around.

Every Naughty Dog Game Ranked From Worst to Best