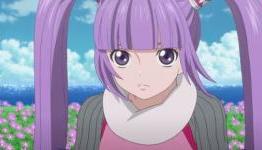 It's about damn time.

Hell yea, i really hope something good comes out of this.

.
Hope we will see Xilia & others in English too.

You know, "taking notes" does not sound anything like, "its going to happen." The utter failure to put Verperia on the PS3 in the West says as much. Screams of past and likely future moves of stupidity.

This is never going to happen due to the favt that Namco hasn't done jack squat in the 2 years listening to ps3 gamers asking for these games. The thing is these games are for a niche market and probably sell less than a 100,000k copies. If Namco wants these titles to sell more they would have to make it multi-plat and let MS do all the marketing.

That sort of defeats the purpose of PS3 owners asking for it on their system, don't you think?

Gamers are forgetting that Namco are in this to make money not to satisfy our thirst for a game that not going to sell much.

And your argument lends towards not putting it the game on all available platforms how?

Nevermind that when they have put tales games on other platforms lately they've gone to the trouble of adding content, both adding to expenses while excluding the prior install base. That to put Vesperia on Western PS3s all they have to do is go back to already done voice tracks.

They're just full of contradictions.

they can't just use the old ENGLISH voices ...believe me there is just so much new, new events and voices to adapt. Patty and flynn weren't just added to the sides they have a good parts in the conversation, not to mention the new events , the new artes ...

Using the old English track is impossible ..you just redo it from the start , or use the japanese track , there is no other option.

i've played so far on PS3 version up to the end of act2 , and so far they added 2 NEW STORY dongeons, and modified 3 previous ones with new events ( like the ghost ship with patty ) and don't even get me started on the skits ...Even on regular story event , they added lots of new lines ( a lot )

Tales game didn't sell much on the Wii and that console has a much larger install base than the 360 and ps3. I didn;t make myself clear if Namco make Tales Of Grace fF a multiplat for the ps3 and 360 and let ms pay for the Marketing it will sell more copies in the Western Hemisphere.

I don't think anime like art will ever get popular with the masses, sorry IMO...

But Namco has only tired a few times to bring over Tales games and they usually fail because on their own part...

Good idea though we just need to figure out how it'll work, because i guess most got a 360 (that are Tales fans) and have Vesperia too

Bring Vesperia and Grace over to the West. I know Vesperia failed hard in NA sales wise, but you can count the ps3 fans actually buying your rpg.

I'll say, keep spamming them, until they finally put out a release date.

Hm, Symphonia seemed to popular. HD version for PS3? lol I know Namco ain't got the resources, but just an idea (I know there was a PS2 version and blah blah Nintendo translation issues blah blah... Just an idea)

Release Tales games on the PS3!!! Playstation is the platform to go for Tales games!

The Tales series always enjoyed the best sales on PlayStation platforms, not including the original Tales of Phantasia, of course. Once the series left PS exclusivity, sales basically halved. The reason that Vesperia failed in North America was because it was on an American-developed console. That's not to slam on the 360, I have one and love it myself, but I don't generally associate Japanese games with a western console. When I think of Japanese games, I automatically associate them with my PS3, which is Japan developed. Come on already Namco, the series generally sold well on PS consoles, and Vesperia will be no different. Bring those games over already!

Stop playing with my emotions, Namco! Please bring Tales over to the west. I think Xilia can make both the fans and the company happy, so let's work something out.

or package graces F with Vesperia ;)

thing is, I just caved and bought the 360 version of tales..now im gonna have to sell those version cause in all honesty i don't like 360 versions of multiplatform games... of course that means buying ps3 version xD

All I can do is hope they bring these games over. I'm ready to pay to import them (I never pay to import games but I WANT THESE GAMES!). I wish people would buy them if they do bring them over and show them that future Tales games are welcome outside of Japan. Also, it would save me the trouble of learning Japanese.

here is something to take notes on. First your do not have to pay voice actors for a English dub you can just translate all the dialog and just have subtitles that will save you money, and do not worry about people not buying it because their is no English dub because the fanbase that will buy it including me prefers the japanese voices.

yes bring more tales games, im looking forward tales of gracies what ever it called more than mass effects 2&3, because this will be the first next gen tales game that plays like a real next generation RPG and the main character is a fighter like seniel from tales of legendia but more better.

It should be far beyond taking notes . They fed you that "line" every year they dont release a Tales . if anything , it's further proof they aint even considering it , yet want to keep you interested .

Screw you namco . This is starting to be the first case i'd encourage massive piracy .
Hell it was always the only way to enjoy their tales games , with undubs and fan translations ... with still the honest guys among ourselves importing the japanese originals

SO right now he is taking notes ?
What about reading the foroms of fan rgoups or even regular websites ..??
There is no taking notes ..sega made Y3 come because people asked , over and over ..there was no taking notes part.
i'm on my 6th imported tales of game And i'm sick of waiting .. Show me something i'm sick of waiting ...
( i import rougly 1 year and a half after the japanese release when i'm sure they don't care about a title i have both Destiny PS2, rebirth , the Tales of the world 1 &2 psp, and tales of vesperia PS3 ).

Why Namco dont ave site for Fan communication?
Fan base of Tales games is on PS1/PS2/PS3.
Why no Tales Games on PS3 but Wii/360 only?

so, after "months" of spamming, he is taking notes?

they should be announcing something already
godamn lazy, greedy ppl...

Release those ps3 tales games namco. If you don't, you will give me a very good reason to get a second ps3, jailbreak it and pirate your games, which I wouldn't even do otherwise. Your ignorance of the west is making me do this.

Agree 0Disagree 0
▼✖-+
SPAMInappropriate
Show all comments (30)
The story is too old to be commented.
30°

A decade later, Tales of Vesperia might still be the ideal Tales game

Strategy Awaits in Thea 2: The Shattering