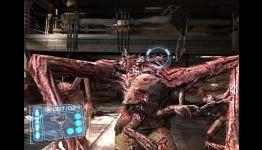 Dead Space: Extraction was one of 2009’s best games, at least from a critical standpoint. Although it scored well, most Wii owners snubbed their noses at EA’s intense first person shooter, proving once again that mature titles don’t fare so well on Nintendo’s console, but no matter. Electronic Arts and developer Visceral Games plan to give this quality blast-fest a second chance on PlayStation 3, as part of the Dead Space 2 retail release and via download through PSN, complete with a high definition upgrade.

Adhttps://n4g.com/General/Sponsored/arise
- Comments (5)+ Comments (5)
TopNewestOldest
The story is too old to be commented.

Indeed. A shame not a ton of ppl played it....but it will be more at home on PS3

Graphics are so much better on the PS3 with this one..

Just speakin' the truth. I'm sure the game is just as fun on the Wii though in terms of it's gameplay.

plus i can't wait to try Extraction