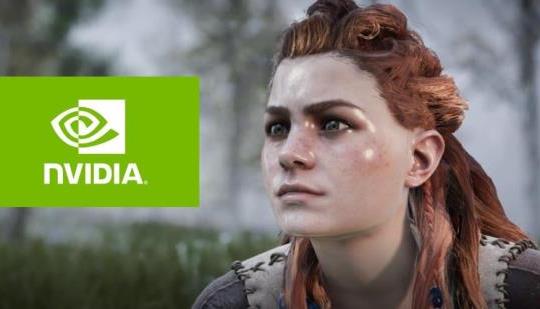 Why DLSS in Horizon Zero Dawn is a Big Deal

Horizon Zero Dawn on PC is already a visually impressive game, but it just got better with the latest update patch that adds Nvidia DLSS support.

The update also added FSR. I'm not convinced it's THAT big of a deal to add DLSS support specifically when anyone with a modern GPU could use FSR and look almost as good. Hopefully the technology Intel has developed is also good. Having the option of multiple choices is great, but I'd mainly just like to have at least one of those upscaling technologies available for every game to keep the game running smoothly. I hoped NIS would be that solution I could just use for any game that doesn't have it, but it doesn't seem to be cooperating with 32:9 just yet.

I get the argument that FSR is more universally supported on GPUs but it's still kind of meh by comparison, at least for now. DLSS on the other hand can be total magic. It seems like a total missed opportunity to me that FSR doesn't have a temporal element to it as DLSS does, but maybe all that is giving those Tensor cores a workout that would take too much of a performance hit on traditional shader cores (just guessing here). I know Intel is planning on going heavy on their AI specialised cores too, so while cards weak in that area may support Intels DLSS-like solution it's possible the performance uplift might not be that great on those older cards.

FSR is only almost as good when used a higher resolutions. Both technologies are good at increasing FPS in games, however, DLSS is primarily an image reconstruction technology which allows GPUs to achieve significantly higher resolutions along with the increased fps. I agree with you that hopefully Intel's XeSS is another great addition since it is also open-source like FSR. These 3 software solutions are the biggest leaps in GPU tech since......Pascal which was 5 years ago.

The reason this is important ,however, is because his is another PS game that is now working directly with NVIDIA on adding DLS to their games, and Sony has been rumored to be working on their own DLSS solution for their games, and a continuation of their partnership with NVIDIA throughout all of Sony.

Yup. FSR looks kind of ok when at 4k and such.

While DLSS can make 1080p images look amazing. You can even go lower res. FSR at lower resolutions is a mess. Death Stranding at DLSS 1080p looks so smooth and crisp, zero aliasing, better textures somehow and all the vertical lines and text look highly enhanced.

FSR doesnt look as good as DLSS. If you have an NVIDIA 2,3k series card and both options exist, 10000000% times you would go for DLSS.

I have an RTX 2080 Super and have used both FSR and DLSS in multiple games. FSR at Ultra Quality looks very good and pretty close to DLSS. At lower resolutions DLSS looks better.

You technical wizards can tell me which one looks amazing and which one looks terrible given one uses the amazing ultra fantastic "magic" technique and one uses the mediocre, marginal technique. Should be easy for you pros given there is such a massive disparity between FSR and DLSS according to you (the ones claiming this):

I'll bite on the trap here :P I mean the first one looks better in these screens (even though it's got a kind of gross sharpening filter over the top) but I'm not convinced this is a fair fight. I'm definitely curious as to the settings used here. The aliasing is much less pronounced on the second shot though it definitely looks muddy as well. First is FSR second is DLSS would be my guess.

When I said it *can* be kind of magic I'm not saying it's completely and utterly magic and I'm not saying FSR is terrible or anything either. But with DLSS at the "quality" setting on my screen I often get an image that (for the most part) looks better than native resolution and with a very decent performance boost. That's on a 3080 and a 4K monitor and that's the kind of magic I'm referring to (both looking better and running better). I'm not suggesting it doesn't fall apart the further down the line you go.

I think FSR is a more huge deal cause, using FSR you can get big increments of FPS while retaining visual quality and this mode can be used all the way to a 1060 gtx cards, meanwhile for DLss it can only be obtain I think for the 2000 series nvidia cards and above.

DLSS retains visual quality better than FSR does but it only works on Nvidia 2000 series and later. FSR will improve in the future however.

FSR is good for GPUs without dedicated AI cores because it's their only solution, which is still fine because it's great at what it does....at least at higher resolutions. DLSS is the better tech because it's full image reconstruction which allows it to work at all HD resolutions and even some subHD resolutions to increase FPS and "image quality", something FSR cannot do.

Intel's XeSS seems to be a middle road for both. Offering DLSS-like image reconstruction for all GPUs that have AI cores, which means it will have less GPUs than FSR to benefit from, but should have more than DLSS considering DLSS is locked to NVIDIA, while XeSS will be for all 3.