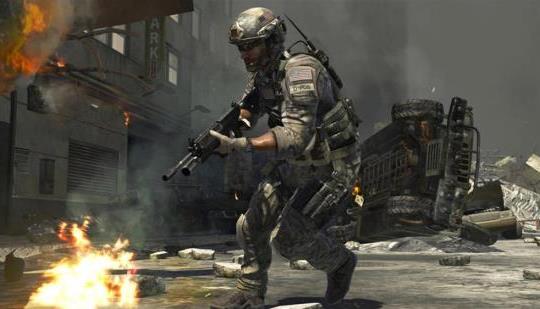 Jacob writes: "Upon release, Modern Warfare 3 was hailed by the critics. They raved that it exceeded the hype, met all expectations and was one of the best first-person shooters going. It appeared Call of Duty was still king of the castle and it had the sales to back the claim up too. And yet, player reception was remarkably muted. On Metacritic, the game sits at a paltry 2.9 user rating."

Adhttps://n4g.com/General/Sponsored/arise
- Comments (3)+ Comments (3)
TopNewestOldest
The story is too old to be commented.

Fall 2011 will always be a time that I remember. I had come off of playing 4 straight Call of Duty games; MW, WaW, MW2, and black ops with a group of my friends. MW2 was and likely always will be my favorite. I had poured months of game time into the series, so it should have been easy for Infinity Ward to sell me on the game over BF3. I had played some bad company 1&2 before, but it hadn't quite grabbed me like call of duty did. Leading up to the release of BF3 and MW3, one stood above the other in my mind.

BF3 was all out warfare that I had never seen before, and the graphics looked so good! In contrast, MW3 looked like MW2....but maybe even worse. I decided to try the beta for BF3. That's when my mind was made up - the chaos of Operation Metro consumed me. Putting in over 20 hours into the beta during the couple day period. I told my friends they had to try it. A couple did, but only one of them got hooked the way I did. The rest were still on the COD hype train and didn't want anything to do with Battlefield.

When both games released, the public perception was clear. Although MW3 certainly sold more, there isn't much of a question in many people's minds which was the better offering. MW3 was a drab rerelease of MW2, while BF3 is one of the best games in the series, and one of the best FPS games of all time.

Some of my friends got sick of MW3 fairly quickly and switched to Battlefield, but there's still some of them that never got to experience the greatness of that game.

I have since switched back and forth between the series' depending on how poor each offering is, but I have to say, I still get much more excited about Battlefield games.

I could talk about my experiences in BF3 for hours, but I'll end it here for all of our sakes ;)

I remember telling my friends back in 2007 "keep battlefield 3 on your radar boys!"

You know what’s weird, I have played all cod’s since.. well cod 4. Put thousand upon thousands of hours into them. Loved mw1. Loved WaW. Loved MW2. Loved blops. Hated, hated mw3. Still couldn’t never put my finger on why.
Really the only ones I hated were ghosts, IW, Aw , Cold War and MW3. (And maybe vanguard)