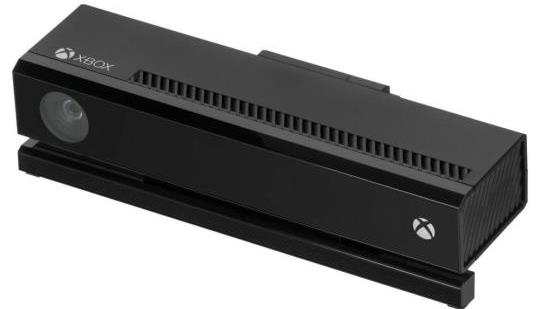 Xbox 360's Kinect had flopped yet Microsoft insisted on mandatory Kinect for Xbox One, driving the price up and alienating their potential customers.

the tech was pretty damn good but their focus on making it the centerpiece was not. Had they opted to keep it as a secondary or even tertiary device, it may have found new use for AR/VR.

Maybe. But they were two early for VR and too late for motion control

Their focus was marketing metrics. Information gathering for targeted advertising. Also "event curating" or head counting for special TV events. If MS had had their way with always online and mandatory Kinect pre COVID, as and during it they'd likely be turning into dominant presence in many Western homes. Be getting subsidized by Disney and other streamers as well as the NFL.

Thing was, Kinect as an actual game system, its games, just weren't ready. MS moved on it too soon. Thankfully.

Sorry but it was incredibly bad for gaming. The thing barely worked as intended and the games were broken shovelware. And let's not forget all the lies from Xbox to try and sell it. What happened to Milo?
It's like Xbox it's a perpetual lying machine.

I had almost forgotten about Milo. It looks so unbelievable in retrospect. How did anyone believe it?!

Kinect requirement, TV focused, DRM, and $100 buried Xbone before it even stared.

I think Kinect was the worst of the bunch. They reversed DRM overnight and try to play down the TV stuff when they realised it made them look disinterested in gaming.

Kinect stuck around for six months, preventing sales and making more and more people upset when they dropped the Kinect and the price.

Don't forget the inferior hardware which affects their game development to this day.
And the constant boasting and lying that hasn't change very much to this day.

I was kind of excited for the kinect. It had potential. That was until i tried it at one of their Microsoft store. The thing was so laggy and worker who was there, had no clue what he was doing. It kind of made rethink about buying an Xbox One with Kinect.

I had already been turned off of the idea by Kinect for 360. Even when it worked, the games were bad and showed no potential.

Wii made you understand what they were going to do with it within about 10 seconds of Wii Sports. It went on to become a bit of a joke but at least it worked and had a purpose.

The damage to the Xbox brand was so hard that til this day they are just the last place brand in the market.

Totally. They haven't been really all that relevant since.

That has to do with repeatedly failing, having to reaffirm only to again fail at creating a competent flow of decent games.

@PrimeVinister:
Until Game Pass and BC are mentioned. Only for the point to be missed.

thats because they dont know what they want to be. A gaming console, Television, or a gaming service?

@kayoss:
They wanted, expected, to be Steam. To have everyone coming to them and paying for the privilege. That's the exact mentality on display when they tried to push always online.

Its sad because the Xbox one version of Kinect was actually pretty solid. Not for motion games, I couldnt care less about those, but for the other features that are now commonplace in the gaming ecosystem. Things like voice control and optional motion features in games. Stuff that Sony did with the PS camera was pretty sweet and they could have done some of that stuff with Kinect.

The tech was pretty sweet when implemented right though. Who remembers the implementation in Dead Rising 3?! You could lure zombies away by saying stuff into the kinect, it was a bit hokey at first, but it actually enhanced the game significantly once you learned all the different voice commands. There was and still is nothing else like that!

The focus on TV seemed to be an issue for people, but the TV pass through had some real potential. They could have had cable companies giving the XBone out instead of cable boxes! I understood what they were trying to do, but they needed to show the games too, and thats where they lost the core gamers. Being able to jump right to a sports event or TV show with out leaving the console was actually a pretty cool thing. I spent many nights switching between NHL games or TV shows and jumping right back into my games seamlessly, just by telling Kinect to do so. It was better than people care to admit, but I loved it!

People say XBone had no games, but on launch I got Dead Rising 3, AC Black Flag, Watch Dogs, Killer Instinct, Battlefield 4, Forza 5, and Ryse. That was actually a pretty solid lineup in hindsight! Then later on it got gems like Quantum Break, Dead Rising 4, Sunset Overdrive, Gears 4 and 5, the Ori games, Rare Replay, Forza Horizon 3/4, State of Decay 2, ReCore (SUPER UNDERRATED GEM), Halo 5, Halo Wars 2, and all the great 3rd party stuff as well! I dare anyone who sat on the Xbox One to go back and give it a shot now.

It was actually a pretty great console all things considered. Yes the PS4 had better 1st party stuff, stuff that MS just couldnt top or even compete with, but there are some really great games that a lot of people missed out on that they would probably really enjoy if they actually played them. Thats why I recommend a Series S and Gamepass to a lot of people, as its a great way to get an awesome lineup pf games for super cheap!

Kinect on Xbox 360 was barely functional, incredibly frustrating. How could anyone at Microsoft see Kinect as a way to sell a new console?

Joy Ride Turbo - The Beginning of the End for Xbox Kinect

All the money in the world couldn’t make Kinect happen

Is Xbox One Kinect still worth buying in 2019?

Epic tells Fortnite players on Xbox One to unplug their Kinect