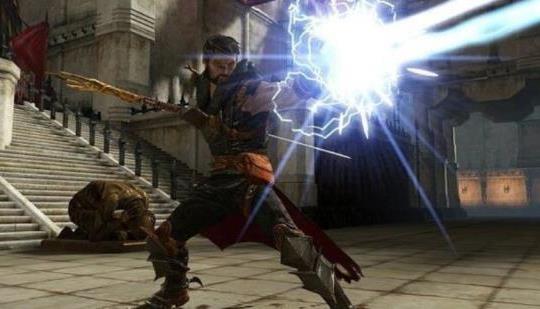 From GameWatcher: "Dragon Age 2 has been around for a decade at this point, yet still ends at the center of enough debates. Arguably the most divisive entry in the series, plenty of players point out how its release, which came barely one year after Dragon Age: Origins' Awakening expansion, essentially doomed it. David Gaider, who worked as a Lead Writer on the title, recently shared some thoughts about the sequel on Twitter, including several things he would change if Hawke's adventure would be given the Snyder Cut treatment."

Interesting. I'd wish they had the time to develop the world rather than just give us hallways.

The main problem for me was the same sin Capcom commited with Resident Evil - putting much more action in hopes of selling more, and forgetting what made it great in the first place. DA: Origins battle system was awesome, but the emphasis on action in DA2 felt out of place.
The difference is that RE4 had a long development time and many ideas tried and scrapped before being released, what made Capcom, at least, change the course of 3rd person action games forever. It was "a bad Resident Evil, but a fantastic game". Meanwhile, DA2 was just rushed.

I loved Dragon Age II. It was the first fantasy themed RPG I enjoyed and one of the few to this day. I even got the platinum soon after it released.