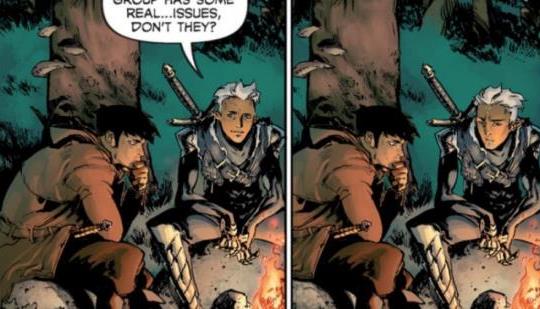 Dragon Age began its story of Thedas back in 2009 with BioWare's Dragon Age: Origins. The newest comic series from Dark Horse, Dragon Age: Dark Fortress, is a tale rooted heavily in where it all began. In the first issue of the latest series, Fenris (whom we met in Dragon Age 2) returns following the Blue Wraith comics to team up with a small Inquisition group in an all-out assault against a fortress that holds unspeakable evil. The first issue begins reflecting back on the infamous betrayal against King Cailan, which we witnessed at the beginning of Origins, and continues with Fenris confronting his own past with his previous master, Danarius.

We have an exclusive first look at the first issue of the new Dark Fortress series from Dark Horse, beginning with a flashback to the betrayal of Fereldan's king and the Grey Wardens in Ostagar:

Adhttps://www.youtube.com/watch?v=EjfojxXOobE&t=463s
- Comments (0)+ Comments (0)
TopNewestOldest
The story is too old to be commented.
160°8

Xbox Planning Something With Stranger Things