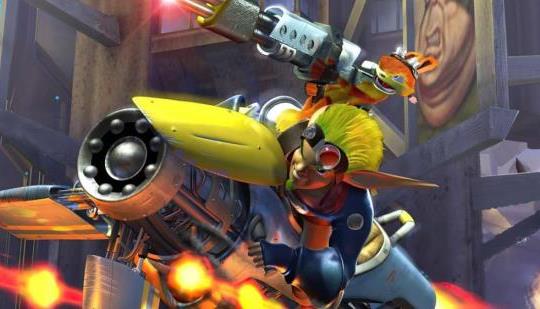 Despite the success of massive success of Uncharted and The Last of Us, Naughty Dog would be well-served to return to Jak and Daxter.

I disagree. I think games like Ratchet and Clank fills that gap very well and Naughty Dog's strengths are with realistic action adventures

Realism is so overrated

Yeah i agree they should go back to making real games again, not Jak and Dexter specifically but something like that. ND really needs to have a Nintendo moment like BOTW and Odyssey and undergo some sort of evolution in the studio.

No more fake scripted barely a game kinda games.. you had your Uncharted games and the TLOU 2013 all that was awesome and epic and i was crazy for those games but now i would love them to move on cause they have have some mad talent there. They could totally make a deep, engaging GAMEPLAY focused game and rival some of the greats out there.

Jack and Daxter is a side of the industry that needs to come back. I gotta be honest, I'm kinda done with all this push for realistic graphics.

I would love to see it come back. Heck, I actually wouldn't even mind if Bluepoint were to make a SotC-style remake of the first game.

An open world game from ND would be interesting to see. I would also love a horror game from them

Despite No New Games, Naughty Dog's Jak and Daxter Franchise Lives On

Naughty Dog Should Remake Jak and Daxter, and Here's Why

From Jak and Daxter to The Last of Us 2, How Naughty Dog Has Pushed Gaming Technology Forward