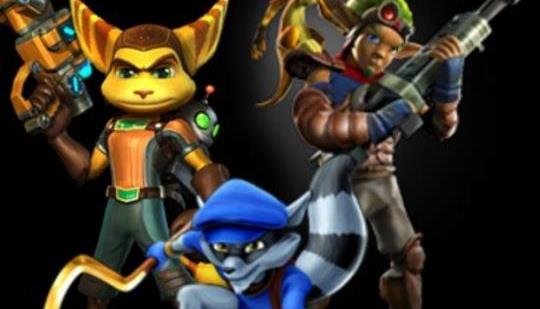 The PS2 birthed various notable PlayStation mascots, but Ratchet and Clank appear to be the only ones that made it on every later console generation.

We needed remakes of Jak and Daxter more than pumping out an unnecessary "remake" of Last of Us.

Then again, we're hilariously now getting a "remake" of Horizon Zero Dawn, so Sony is already outdoing themselves.

People on here go at me because I always take jabs at Sony, but it's because I want to see them do better.
Do they make great games? Of course. As of this gen does their ecosystem suck? I'd say definitely yes.

They're becoming more anti consumer by the day.

It's not PlayStation bro it's Jimbo and his cronies thinking the success of because of them and not guys like Shawn layden, Andrew house etc

I get that. Jim needs to go. At the same time, we're still the consumer, and Sony is still the people doing the hiring and writing the checks. They need to stop turning a blind eye to how Playstation is being handled right now and get things back on track.

This isn't last generation. Xbox is real competition again. You're seeing a lot of people getting tired of what they're doing with the brand the last couple of years.

God of War? Hello? Is Kratos not a PS2 mascot? Hard to think that he's not.

Beat me to it. When I read the headline I was like “huh?”

I don’t think so for some reason the title mascot is always given to “platformers” characters like Mario in particular when it comes to games.

Miscrosoft tried d to make master chief it’s mascot but it never really stuck because those characters appeal to a small percentage of gamers.

What a mascot is though is simply a game series based around a "named character". Solid Snake is a mascot, Gabe Logan from Syphon Filter is a mascot, Lara Croft is a mascot etc... we really don't get many franchises based around a single named protagonist anymore.
Master Chief is 100% Microsoft's mascot and yes he does appeal to a very wide range of gamers. He's a space marine much akin to the Terran in Starcraft, whats not to love.

blinx was the xb mascot, not master chief. but they gave up on blinx after the 2nd game which is sad as there was lots of potential there. They should bring him back.

So the definition of a mascot is that they have to be cartoony and platform characters? Makes little sense to me.

Mascot, Icon, whatever word you want to use, Kratos is definitely part of that Playstation definition. And yeah, Master Chief is one for Xbox for whatever it's worth.

Nahh we don’t need these kind’s of games we need more walking slimulators like Naughty Dog games and remakes of games that aren’t even 10 years old because they make money right Sony. The fact that R&C is still around AND still good is a goddamn miracle that i’m very grateful for.

lol it's funny how your only game is about Sony games because Microsoft has no games to compare to :p

Which is absolutely fine since he wasn't comparing Sony to MS in his comment to begin with.

Its obvious your just hating levii92. You can call last of us whatever the f you want Ill call it one of the best games Ive played. Also if you cant see the huge drastic difference in graphics between a ps3 and subsequent remaster to ps4 which didnt change the looks to much to a remake for ps5 where the graphics are phenomenal then thats on you lil guy. And its far from a walking simulator Id guess you never even played it.

Truth is the last of us is fantastic and if you dont wanna pay that much for it wait, if you even play ps which I doubt. It was just 50 bucks everywhere. Im still waiting until its 30 or so cause I dont like to spend over 30 40 bucks on any games these days.

On the bright side atleast you can stand in the corner or something cause I know the other system doesnt have alot going on these days.

Levii, does it bother you that the remake came out 9.25 years after the original? Would your balls not be squeezed as hard if it was delayed 9 months?

You are not wrong. The probably two biggest ps5 exclusives next year are the second chapter of FF7 (remake) and Knights of the old Republic (remake).

the last R+C (rift apart) was definitely way better than I wanted to give it credit for before playing. still one of the best, most impressive ps5 games imo.

the game is so good, the only flaw I want to highlight is the fact that it's a little bit short for my liking. I want more of it damn it!

ehm, i guess Kratos hasnt been around since the ps2 era. lol.

Sony would be wise to prop up astrobot

Despite No New Games, Naughty Dog's Jak and Daxter Franchise Lives On

'Ratchet & Clank' – Looking Back at 20 Years of Planet-Hopping Adventures