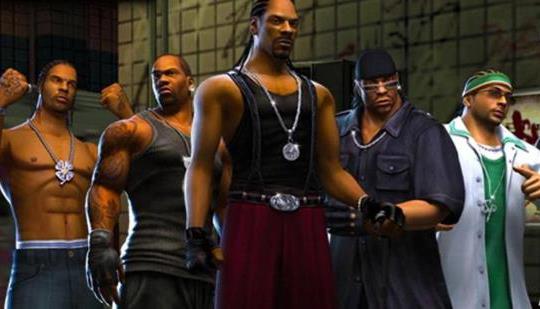 Is Def Jam Teasing The Announcement Of A New Game?

Do you remember the Def Jam-licensed hip hop video game franchise released by EA Games? Def Jam Vendetta? Def Jam: Fight for NY? Def Jam: Icon? Well, the studio seems to be teasing the fourth entry by tweeting that a "special announcement" will be coming soon.

It won’t be the same, these rappers nowadays are corny as f$&k and they won’t hold the same weight as the rappers in the first two games.....Icon was trash.

Too true. I don't even think Def Jam has any artist now in days that would be worth playing as, and I'd rather not play as any of these clowns calling themselves artist today.

There are plenty of artists that still hold the same weight

I'd definitely prefer a remake of the original games than a new one with all these rappers of today.

It would be cool if we can see Eminem and Machine Gun Kelly battling it out in the game, if Def Jam can somehow license those two into the game.

This seems like nothing but talk. I don't even think EA has the rights to make Def Jam games anymore. The last Def Jam Game was a sing a long game by Konami.

Def Jam: Fight for NY was badass. Played the shit out of that one. Icon was trash.
Just do a full remake of F4NY

Yeah! I played the hell out of Fight for NY too. Remaster would be very welcome.

The first two games were good. Since they were developed by AKI Corp.

The third game was made by EA Chicago, who made such a bad fighting game that EA abandoned their studio. Activision then bought the studio and they were renamed to Robomodo. They then proceeded to make 4 garbage Tony Hawk games in a row, and then shut down.

If there's another game, and its not made by AKI Corp., then move on.

I.had no idea they were also robomodo it all makes sense.

With the pretty much same rester with some new rappers like j.cole and kendrick.. and 69 just so I can beat his ass couple of times. Up to date graphics or the style of ICON and gameplay of fight for NY and we have a winner. But none of that will happen..

Nope. Without AKI there is no Def Jam game. They barely have artists.

Still have my copy of FFNY and the PS2 multitap for the 4 player free for alls.
They'd be better off remastering the first two and pretending Icon never happened. Not sure a new entry will be any good but the gameplay in Fight for New York is lightyears better than whatever the hell Icon was trying to do.

Who wanna play with these soft ass niggas in the rap game today?

Plenty hard rappers out there, they just don't play them on the radio

I agree, but its not radios fault, Radio plays what the people listen to. People are dumb.

Why you gotta say Rap game? Now I got D12s Rap Game stuck in my head, and gotta listen to it for hour straight.

And also edit your comment before it gets flagged.

Id love a remake/remaster with online

AKI has to be involved. End of.

Great games back in the day. I’m not sure any of my favorite rappers are still on def jam though.

Remake the first two. Then take my money.

Will We Ever See A New Def Jam Game?

Def Jam Vendetta 2021 Wishlist: 9 Rappers that Should Make The Roster

10 Fighting Games That Deserve To Be Resurrected Next-Gen