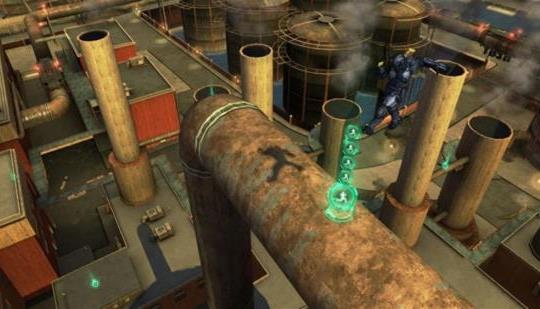 Looking Back to 2010 with Crackdown 2 - Agent of Mayhem

Darren writes: "“XBOX NEEDS EXCLUSIVES!”. Sound familiar? It’s something that has been ringing in my ears since becoming an Xbox gamer nearly 20 years ago. It’s possibly the longest standing and harshest criticism levelled against Microsoft’s console family, and I can’t say I wholly disagree. However, there are some out there which can slip through the net every now and then. But bucking the trend was the original Crackdown, which was not one of them. It shifted a very healthy amount of units as well as drawing in universal praise from critics. A sequel then, would be a no-brainer."

It was basically crackdown 1 with zombies, was fun but corners were cut, solid game though.

I'm still playing this, activating the beacons is a pain in the ass

Collecting those orbs and upgrading your character were addictive, it was just a shame they played it safe instead of going all out, didnt take anything away from how fun the game is though.

Crackdown 1 was one of the underrated gems of last gen. I loved that game. Crackdown 2 was crackdown 1 with added zombies and gave the map a paint job. Disappointing, but still enjoyed it for what it was with the added wingsuit, toybox mode and 4 player co-op. Crackdown 3 was basically what Crackdown 2 should have been.

Crackdown 1 & 2 Are Currently Free on Xbox One

Crackdown 2 For Xbox One Is Available Now For Free, Here's How To Download It

Crackdown 2 coming to Xbox One Backward Compatibility for free