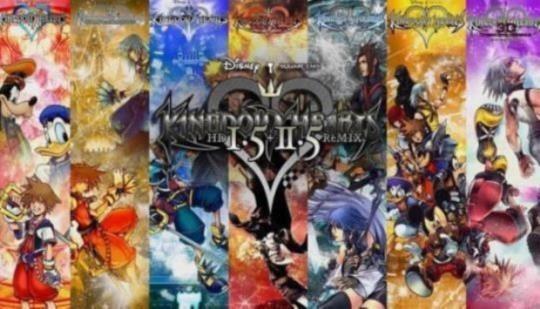 Kingdom Hearts 1.5 + 2.5 HD ReMIX is out now in Japan, but the hype is quickly turning into something more negative, as players discover a series of game-breaking issues.

Peyton . you think Connie `s blog is cool, I just purchased BMW M3 from having made $4287 this-last/5 weeks an would you believe ten-k last month . it's by-far my favourite-work I've ever had . I began this 8-months ago and straight away startad earning more than $72, per-hr . visit the website

...didn't these come out on PS3? How does something like this happen?

Because Square choose a terrible team to transfer over Final Fantasy 10 to PlayStation 4 that version to my understanding is the worse version.

It was the worst version prior to the patch. Thankfully they corrected the RNG issues which were game breaking. It just sucks the the game disc is pretty much broken if someone wanted to play it many years down the road, as it requires that patch to correct such a major bug

How do you manage that when you released the same game else where which was great!? Glad I was gonna wait until later anyway. Hopefully the bugs will be fixed by the time I do look to get it.

Well that sucks :/ I was gonna get it day one but I won't support shitty releases. If these issues persist I will simply hold out for a sale.

The game(s) are fine, there is a ton of game play out already go check it out. The only problem with them is that the games were originally running at 30 frames and when they up it to 60 some of the boss mechanics play out in a "fast-forwarded" motion. Which in turn leads some of the bosses op as hell. Bottom line is the games run amazingly well, but the boss fights run at twice the speed lol. Assuming you don't suck at KH though you can still beat the game and the boss fights are only half the fun, if that. I play KH just for killing mobs, grinding and Sora, among many other things. That being said I really hope they patch it soon because it's obviously inexcusable.

I loved playing them on PS2, and would love to play them again. For me its just the principle of not supporting low-effort releases. These issues should have been glaringly obvious before release.

I will still end up playing them, but I will just hold off until a sale.

Great, potentially another lazy release. I held out for this version because of the performance issues on the PS3 versions, amongst other problems. But if they couldn't even be bothered to fix the issues present on the PS3 versions, and now more problems are stemming, then this could be a big problem.

Great. First Mass Effect, now this. I keep juggling preorder money from one game to the next.

The Kingdom Hearts Series Is Coming To PC Next Month