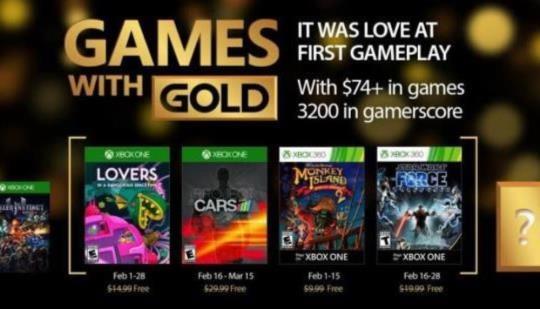 Are the free Xbox Live Games With Gold titles for February 2017 any good?

Carlos writes "It’s hard to believe that January is almost over. It seems like only yesterday we were preparing ourselves for that scrumptious Christmas feast, but then if you look at just how much has happened in the world of gaming in January, you’d be forgiven for thinking we were fast approaching June with the countless releases arriving on consoles this month.

But with another month coming to a close, one thing we can always look forward to is the knowledge that some fresh new free games will headed the way of Xbox Live Gold members via the Xbox Games With Gold program. Whilst this is always an exciting prospect though, it can often lead to disappointment when the only titles we see hitting the scheme are ones we’d rather forget. So, with February’s games being announced recently, let’s take a look and see if they are any good."

Better than January yes, but some way off the highs that we've seen in the past. Not going to complain about free though and I'll obviously be picking up all the games included.

I'm excited to play Starwars again, don't know much about the other games though

It's very useful considering the cost of the service. What do some folk expect.

Are you saying the service is expensive?

he is saying the opposite

That's cool then. I don't understand those who complain about a few quid a month.

I'm happy Lovers in a Dangerous Spacetime is part of it cause my friend and I wanted to play it.

I'll check out Project Cars. Always wanted to see it. The rest, no thanks.

Project cars is my favorite car game so far ... It's awsome

i think its a great month, will be playing all 4 games if i can find the time

Why did EA Kill Project CARS?

Star Wars: The Force Unleashed 3 - What We Want In The Sequel