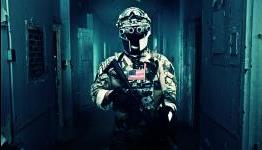 Is H-Hour In Development Hell?

Socom's spiritual successor has come under heavy fire from the community recently and here's why!

they really should be honest (or half honest) with whats really going on if they know whats good for them. if they are caught being shady AND not devlivering on their promises, there is gonna be HELL. But if they just come out and say "look the game needs more time weve been going through financial issues" etc. dude we'd totally undestand. weve waited a long time, a litle bit longer is nothing to us, were just thankfull someone is Trying!!

Well we know they had to redo the game in a new engine made staff changes lost david sears "somewhat" and recently pushed back the ps4 version to a tba status.

If there only doing a pc version now you think they have a alpha for people on steam early access.

Oh and blackwidow88 has been n/a for 4 months? did he get shutdown there was a mp trailer/demonstration with him in it aswell he had alot of videos with info but now nothing???

There were a few people in the community at the time that David Sears left the Studio, who had a voice, who could have completely derailed the entire project with the hysteria that they were whipping up.

SoF Studios has a lot invested into the project, and the stakes are high, so I don't blame them for some of their censorship. When you read how stupid a lot of the comments are that they receive on facebook, twitter and on their forums, it's no wonder they are censoring 'some' people.

Nooooo!! Was looking forward to playing this game. I can understand the financial nightmare they could be in. I have been actively following Bugbear's Next Car Game Wreckfest and they were forced to release a tech demo early because they were on the verge of bankruptcy. Now they are doing pretty well and the game has a ton of potential. If H hour does go into Steam early access I hope they go above and beyond for those that paid $60 or more.

Yes. As a backer, I can confirm this. Livid.

As a huge SoCom fan I am glad I didn't support this mess.

Unfortunately, I did. One of the first kickstarter projects I ever supported, and now I probably wont be able to play the game.

I supported it aswell.. guess i got too excited about the possibility of a new socom game, or at least close to it. Kinda regret it now though as this does not look like it's going to pan out anymore

I don't get people that give money to these things. The only way I'm funding anything is if I get a money back guarantee if it doesn't come out or I'm a real investor and I'm getting equity back.

Nostalgia, one of the only games of it's type, and every sequel after the main guy left got worse and worse. So bad two separate developers went bankrupt. One being the original, and the other with experience for making PSP versions of Socom went to make their first ever PS3 game called Socom confrontation which was a bug infested game. With all that said and done. Announce a spiritual successor to the original SOCOM 1&2 along with the main guy behind it and watch the money flow in. Biggest mistake of my video game life.

all you have to do is CUT AND PASTE SOCOM2

why the hell is that so hard

This was the first game I ever really considered donating to kickstarter for. I'm SO GLAD that I didn't do it. Development hell.
Whats even crazier is that dude Blackwidow seemed to be all tight with em and now we haven't heard from him either.

This is a crybaby article, nothing more. SoF Studios has been very open with the community, and has shared more about their development process than most developers do. I see guys like the author of this article in the forums and on twitter and facebook, demanding personal updates immediately, and if SoF Studios doesn't reply, then there's some sort of 'fiasco'. Get over yourself author...

The only people who are pissed off with SoF Studios, are people who didn't read the full Kickstarter page before donating funds. They were clear from the beginning that the 'demo' was to showcase the concept to investors, but somehow the idiots who don't read anything, thought they'd be able to download a demo of the game on PS4 within a few months of the kickstarter.

It was also always stated that the PC version would be coming first, and then once they had secured the proper funding, they would start work on the PS4 version. Back in December, they announced a Steam Early Access release for release in March, and they are currently on pace for that release. Could it get pushed back by a month? I could see that happening possibly, but if that's what they need to do to make the game play properly for the early access release, then so be it.

This is also another fine example of someone who doesn't know what an early access release actually means. When you play an early access game, you are essentially playing an alpha build of the game that is not complete, and as time goes on they will update the game with incremental technical improvements and content, such as weapons, maps, and other updates. The alpha that some insiders are playing today, is there to make sure that they early access game doesn't have any game breaking bugs, otherwise, in the traditional sense, the early access game is an alpha build.

If you've been following anything, David Sears is still involved with the project, and is still consulted by the Studio, along with Pink who is still involved. Russ Philips and David Kern(Original Socom Map Designers from Zipper) are still designing maps for H-Hour, the original Voice Actress of HQ (Bossman) has been doing recordings for the game, Nathan Brenholdt (Lead Sound Designer from Zipper) is working on H-Hours sound effects and worked on the live fire recordings not too long ago, Penka Kouneva is recording the soundtrack for the game and SoF Studios has also managed some licensing agreements with companies like Oakley and Crye.

Anyways, hopefully my post has been more informative than the article. If you're curious as to what the studio has been up to, and you actually like to read words, then follow the link to see the numerous updates that SoF Studios has given the community:

Very well put, however the PS4 version was promised during the Kickstarter when the Playstation Warrior tier for donating was filled, which it was. Now with Sears bailing that Kickstarter promise has fallen by the wayside.

Also, don't believe that Sears is as involved with H Hour as you think he is. He is now the Creative Director of Loadout on the PS4...that is until he bails on yet another project.

I may not be the biggest socom fan out there but I don't get socom vibes when I see this game.

But in all fairness, I haven't played the alpha/PoC or whatever theyre calling it.

Games to Play if You Miss SOCOM