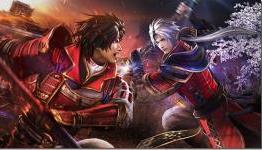 Koei Tecmo Europe today released a series of new screenshots of some of the new content that will be included in Samurai Warriors 4. The new screenshots for this tactical action game include images of 12 characters from the expanded roster, six exciting new stages from the Warring States era, the Legend of Oda and Legend of Takeda event scenes, and the character modes of the Playstation 3 and Playstation 4 versions of Samurai Warriors 4. All 36 screenshots and art pieces can be viewed at DPAD Media.