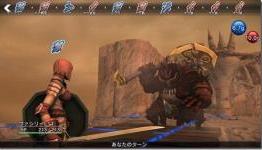 Natural Doctrine Levels Up With New Challenges For PS4

Kadokawa Games has a big update planned for Natural Doctrine, their internally developed tactics game. All three versions of the game – PlayStation 3, PlayStation Vita, and PlayStation 4 – will get a patch that streamlines the game’s mechanics

how is this game? fun?

Came to ask the same question lol
All I heard is the bad reviews etc but I like RPG games so...

What bad reviews were those? I haven't seen any reviews, but I have seen gameplay videos and it plays like Vandal Hearts or Final Fantasy Tactics. I like tactical rpgs, more so than the hack n slash RPGs being made by western developers.

I keep seeing comments comparing this to Final Fantasy Tactics and Valkyria Chronicles.

Natural Doctrine is not similar to those games at all. It can look the same when you're not playing it, but once you get the controller in your hands, you'll be able to see and feel the differences. They're not at all similar.

Oh, they're both tactical RPGs, yes. But that is where the similarities begin and end. It's like comparing Gran Turismo and Mario Kart. Both racing games yes, but do they play alike? No, not really.

5 Strategy Games You Should Play

Prices dropped for handful of RPGs in sale