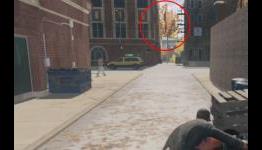 Watch Dogs On Xbox 360: Objects In Distance Look Like They Are From A PS2 Game

"Also, leaves on trees may be more numerous than they appear."

Adhttps://store.steampowered.com/app/1488200/Symphony_of_War_The_Nephilim_Saga/?utm_source=n4g&utm_medium=native&utm_campaign=sow_n4g_native&utm_content=png
- Comments (78)+ Comments (78)
TopNewestOldest
Expand all
The story is too old to be commented.

It's called level of detail. The level of detail of an object or surface decreases or increases depending on your distance (but can be affected by other factors too, such as player/object speed).

Clearly, with the last-gen versions of this game, it's pretty noticeable. I imagine the current-gen and PC versions will have increased LOD at distance though, due to the increase of power.

The best way to think of it is imagining the player has a circle around them at all times, and everything in that circle has the correct level of detail (trees, surfaces, objects, NPC's etc). Everything outside of that circle looks like crap, lol, until it enters the circle. Some games have bigger circles than others, lol. This game clearly has a pretty small circle on last gen consoles.

Is this news worthy ?

I dunno. I just enjoyed my opportunity to talk about circles.

I too like circles. Maybe we should organise a circle party.

A circle party? Isn't that what the Xbox 360 version of this game is anyway?

Sorry to be a party pooper, but if watch-dogs is using circles it is dreadfully innefficient. No need to render stuff behind the camera with any level of detail :)

What? No, nobody invited me. I just turned up. OK fine, I'm going.

Last gen only owners are missing out. Buy your PS4s!

LOD is the ancient enemy of game makers. In programming what you get is what you code in. Which means having a city to display, this has to be somewhat prepared. Cities are big, and for buildings farther away, which are lets say half as visible, there's no benefit in displaying full amount of pixels on texture, and all those meticulously crafted concrete details, quite the contrary hardware needs to use some time and space in order to present the object to us.

Here enters LOD. Objects are prepared in different levels of detail(duh) and if let's say quarter density is enough, low Q object is thrown into a buffer. If we're close and personal, higher Q is shown.

Some people are dreaming about dynamic LOD.

With the on-screen variety(trees seem to be generated, hence the low Q vertexes), this still looks great for the console generation it's running on.

It's the SAME THING with FORZA 5 on XBOX ONE.

i feel sorry for people that dont have a ps4 yet

Yep love me some Pi equations!

@pedrof93 yeah because over the past 8 months graphics in video games is the only thing that matters apparently. Hopefully we can return to a time where this is not news worthy.

No wonder you have so many bubs Lukas, that was a great comment.

I compared WD on 360 to GTA V on 360, and in my opinion WD is a little less balanced graphically. WD seems to have similar detail in closer proximity (some aspects look quite nice), but further in the distance it does look like PS2 visuals.

For instance, you could have a mountain being rendered in the background (draw distance, but the mountain won't receive detail until you get within a certain distance to it (LOD).

And the more circles the smoother it is.

the problem will not just xbox 360 but ps3 as well.

What did the triangle say to the circle? Haha.. Your comment just reminded me of the puns in Left behind for the last of us...

How embarrassing coming from a top developer on last gen consoles, not to mention the always online requirements. Will not buy and nobody should. Vote with your wallets

Thats a great way to explain it. I'll have to remember that explanation - I remember a couple of years ago when I was scripting for a SAMP server trying to explain LOD and Draw Distance to someone. I'm pretty aweful at explaining myself!

FOV is obviously lowered to keep a high texture detail and a steady framerate. Its the oldest trick in the book and with 512mb RAM its not surprising it was used.

Circles are only fun because you get two pies for every circle.

Please tell me more about these things you call circles, they sound magical

So how come gtav can pull off better graphics on the 360? Then this game that is coming out 10 months later?

Gta wasn't having most of manpower focused on the 2 extra systems we have now. The 2 versions that are most highly anticipated, with the most repercussions if they fail. So less manpower for the last gen.

This is to be expected from last gen consoles, there is only so much they can do, most games from last gen (especially open world games) suffered from this lod problem.

gta5 hand no problems lol, it comes down to who was working on the game. rockstar is the best open world game makers period.. gta5 circle was big lol, can you see that hell yes. #teamtalent..

Gta5 had pop-in every time you flew a plane
There's even a famous gif of a guy getting killed by an invisible tree.

360's been around for 9 years this november, gotta cut it in some slack. Poor old girl ain't what she used to be.

Also, there's only so much you can do with 512mb without having to cut some corners. The PS3 version will probably be the same as well.. won't stop me from enjoying the game though.

Even high end PC's have pop in and detail increments in its games.

TBH, I think it will be a long time before we get unlimited draw distances and level of detailing.

I haven't seen one game on either PS4 or Xbox One that has unlimited draw-in or level of detailing.

Textures aside, almost everything looks good the closer it is to your eyes....

Ryse has no LOD, but it's not open world either.

Good to see they're not giving it the best on last gen consoles to make everyone happy, saying that its a big let down for current old gen owners.

The consoles 9 years old, it's a multi-platform open world game, it really doesn't look bad at all for a last gen game.

That's LOD (Level Of Details) just like 99% of the last gen games !

They don't have a ps4, xbox 1 or pc that can run it. there is a total of 160 million last gen cosoles vs. 16-17 million next gen. and who knows how many pcs. So there will be people who haven't upgraded.

Seriously? Why did we get an article of this? The graphics look great for last gen consoles. Sure, PC and the next gen consoles look better, but every open world game suffers from this to some point. Possibly not on PC with the capable hardware though...

Yes, but most people who bought a next-gen console want to know what they get, to justify their purchase.

If next gen consoles didn't come out last year everyone would be saying how amazing this game looks on 360 and ps3.

True, like they did with GTA5, which looked great for an old-gen game, but I'm still hoping for a next-gen version.

That's called optimization, if the tree would look the same from every distance the xbox 360 and ps3 would rund the game with 1 frame per second... Stop bitching about stuff that just doesn't matter...

I think this is to be expected with RAM and processing restrictions last gen consoles have. The details obviously look better when close up though, or at least i hope they do!

It does. It only looks like that from a distance and details come in when you get closer.

Thought as much don't think whilst playing the game you'll be too worried about whats in the distance anyway. Besides this is being bought for the PS4 for me.

It's a massive game running on 9 year old hardware.
What more can you expect?

Alas, I guess I will just have to wait till next year for Tree Simulator 2015.

Seriously its going to be sweet.

Xbox 360 & PS3 graphics that nobody cares anymore. The battle's between Xbox One & PS4 now.

oh well you have options, get it for the PS or PS4/xbONE if you care about graphics...

And this is why the sooner studios drop last gen the sooner we can move on. They are still pushing hardware that's almost 10 years old. Now I see how PC gamers felt. I'll be getting it on my PS4 and even tho its the superior console version it still doesn't look too great.

last gen games look like that, glad we can finally say they look terrible and not get called an elitist

nitpick much?
this game was designed for PC,PS4,Xbone so older generation will probably lack a lot of detail to keep this game running.

Play MGS Ground Zeroes and look around with the binoculars, pretty much everything pops out of nowhere.

I sometimes think that people deliberately write a load of crap just to get viewers.

Im guessing its the same for PS3 version, unless I'm mistaken.

From what ive seen between the two version the X1 is better of the two.So damn i would hate to see the PS4 version then ouch

"I have a tail too. Let's all chase it for no reason what so ever", said Nintendo.

A 9 year old console has problems running a few parts of a next gen 2014 open world game. NEWSWORTHY.

This game shows how weak the 360 acctually is lol

First off, it's higher res than any PS2 tree ever, and more importantly, 360 is incredibly old. Quit complaining and get a PC, PS4, or xone, if you want better graphics. It's looks decent compared to other 360 open world games.

What's the point in dumping on the 360 version??

The console is 10 years old next year. WTF does the writer of the article expect from the system?

Both X360 & PS3 are the equivalent of senior citizens, and we should treat the oldies with respect :/

This game looks so damn boring to me I really don't see the excitement in this title. It looks like GTA/ AC had a love child. The game for me shows no promise. More of the same open world nonsense in which you run around aimlessly until you decide to find an uninteresting objective with predictable AI. Who cares if the map is the size of the U.S. What good does it do if your limited to certain places. It seems no one gets that the sandbox world is boring when comes to games like GTA an open map with linear chapters

I don't play games for their resolutions or draw distance..

They released Titanfall and Watchdogs on Xbox 360. You're surprised it doesn't look as great as the other versions? Considering the Xbox 360 is almost 9 years old. They look pretty good to me.