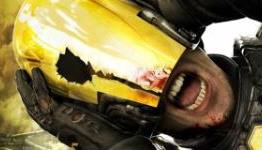 10 Potentially Great Games That Were Dead On Arrival

Every era is recognised as much for its failures as its successes, from the ones which deliver on their promises perfectly, to the likes of Ride to Hell: Retribution. The sad thing about video games is that the vast majority of such let-downs are the disappointing kind. Even when it’s so dire the developers might as well be mocking your very existence, you can realise how they might have succeeded. Put in enough hours or look far enough into the behind the scenes work, and you can just about see the great game developers were trying to bring to life, even in the absolute worst of games. The shovelware tie-in for Batman Begins might have been dreck of the worst kind but you could at least see the beginnings of ideas which would make it into Arkham Asylum.

Adhttps://n4g.com/General/Sponsored/arise
- Comments (0)+ Comments (0)
TopNewestOldest
The story is too old to be commented.
80°6