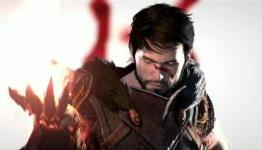 Dragon Age: Inquisition - Marching To It's Own Beat or Just Another Remix?

Will Bioware's third dance with dragons be an event to remember or just another big bash?

Good points about DA:2, the game was full of interesting characters, it's just that Hawke wasn't one of them, I felt the same about the Witcher games, awesome world, mesmerising supporting characters and plotlines but held back by a boring main character.
Mass Effect works because Shepard is basically a blank slate, then you have all the other "silent protagonist" RPG's, they work because you're tasked with playing a role and developing a character, not unraveling someone's lost memories or whatever.