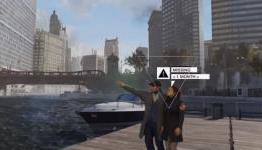 'Watch Dogs' dev on PS4 & Xbox One versions: Water not possible on past-gen

It's the question people always want to know when it comes to a game that is hitting the PS4, Xbox One and current-gen consoles, what is the difference? Well aside from the obvious visual contrast we will see, Ubisoft talked about some specifics that will certainly be different with the PS4 and Xbox One versions of Watch Dogs.

Title updated on behalf of author by admin. Clarity in difference between current and past gen references.

examiner.com
Watch Dogs developer says “Water from the next generation is not possible on current-gen”purenews.netMrGunny94

Adhttps://store.steampowered.com/app/1488200/Symphony_of_War_The_Nephilim_Saga/?utm_source=n4g&utm_medium=native&utm_campaign=sow_n4g_native&utm_content=png
- Comments (86)+ Comments (86)
TopNewestOldest
Expand all
The story is too old to be commented.

"It's not concessions, we're trying to do the exact same game. There are some differences though, obviously with more power, you can have a deeper simulation"

Dang last gen, you just got the boot!

I'm going to be really honest, I could care less about this game now. Since the delay last year and all the other set backs I just lost interest in the game. Maybe closer to release I'll change my mind.

Hey man, I don't blame ya. I was pretty put off by the recent trailers and I didn't think the game was going to be an amazing masterpiece to begin with. It'll probably be fun but not amazing. I could be wrong, but that's just my opinion right now. Guess we'll see how it goes. :)

Last gen just got the boot! I wonder why they haven't talked about the WiiU version maybe being delayed is one of the many reasons it's not being shown ;)

i also think the game could be fun and not amazing either way im keeping my limited edition pre order.

@JoGam so it was a matter of timing that you were interested in WD rather than what the game is?

I've been on the fence about Watchdogs since last summer. This is gonna be the most unpopular thing here, but what I'll do a wait and see approach. Read what people are saying about it look at reviews basically.

But at the same time this will be the last AAA title then its officially the summer drought so why not pick it up?

Like I said I'll do a wait and see approach.

Agreed. And the main character looks like a douche now (just my personal opinion).

water? GTAV?BLACK FLAG?HELL EVEN GTA 4??and what about just cause 2?LAZY COZ WE GOT MORE POWER

Yes, other games have water...it even looks good in some of them. But Watch Dogs uses tessellation for the water and the last gen consoles can't do tessellation.

Actually both are accepted usage. One's sardonic, the other's literal.

Guess I ll buy it as soon as you or someone else trade in at half price :p .

Since they cant use tessellation on last gen they better have used something else to at least equal or surpass GTA V's water effects.

OT, yes hype god smothered for this game so many f*** ups from Ubi and something tells me it will be like the first Assassins Creed, half assed with great potential for the next round.

May god find you and cast his eternal light on you my child...or something.

@JoGam. To be really honest, if you couldn't care less then you'd probably not be commenting on this article.

Wave Race 64 STILL HAS amazing water physics, and it released in 1996.

IT CAN BE DONE.

That game was awesome.

I think I just pooped nostalgia. Off to YouTube to check out some clips.

I think it kack water because last gen is using it's power elsewhere. I.e WD AI

Wave racer was a game based around water where this is a game in a huge complicated open world. They hafta divide resources.

If they can't do water in the previous gen games, then something must be horribly wrong with their engine in terms of efficiency.

Cause if it takes the power of the PS4, and to a lesser extent the XB1, just to do water, then how graphically advanced could the game possibly be? This basically tells us that the engine is not optimized in the least.

Water.. I'm sorry but I would prefer real game upgrades on nex-gen rather than more realistic looking water.. The fact is past gen will be holding us back. However we are at that time where its almost suicide to release nex-gen only unless your the platform holder.

PC version it is.

The title doesn't do a good job of differentiating between the two and the developer in question refers to those two as "current gen" still.

I know right. When are people gonna get with the times?

"due to past-gen systems, and he mentioned that the water in the game isn't possible on the PS3 and Xbox 360."

I still refer next gen to PS4 and X1. Current gen as 360 and PS3 because of the install base as well as high attach rate.

Once PS4 and X1 hit a reasonable install base then it's current gen.

So next gen water effects will simulate better than current gen.

You're right. Got mislead by the title.
I really thought they weren't able of emulate water in the PS4 and the Bone.
It would have screamed lazy work.

Yet, after the downgrade in the PS4, I'm really disapointed with the Ubi.

Why so many disagrees?

To bad they didint just do ps4,x1 and pc. Then Everything would be better. But still it looks great just look at ac4. It was beautiful

"Water not possible on current-gen"

is it possible on xbox one ?

Playing XB1 version of Waverace in Kinect Sports Rival. Verdict, YES, it is!!! :)

I see what you did there.

Shouldn't this say last gen, not current gen? Isn't current gen PS4 and Xbox One. I can see a great deal of people getting confused, those in particular that never read the actual article.

"he mentioned that the water in the game isn't possible on the PS3 and Xbox 360."

Just to clarify for those who won't read the article and just the headline.

What is up with the Wii U version? No mention of that at all.

Nooooo, PS4 and Xbox One are both out now. Meaning all three consoles of the eight generation are out. So PS4, Xbox One and Wii U are all current generation.

Water is totally possible on next gen consoles though. Go ahead, pour a glass on your new console. It loves it.

I hope they are not "aiming for parity " on this one.

Not surprised? If it's truly a next-gen game, I wouldn't expect a flawless port to a previous gen. Is there anyone who is really a fan of this game and so excited to play it on their 360 or PS3? I mean if you don't want to upgrade yet, if you've waited this long, wouldn't you wait a bit longer to experience it on next-gen hardware?

Perhaps just do what some have done with Tomb Raider on the PS4. You have your fun and those who haven't upgraded yet can play it on last gen consoles and probably still enjoy it. It was like that with Splinter Cell Double Agent, which I played on the PS2 but later found out it was very different on the 360. But I didn't cry foul or anything.

Again, if they spent more time exhausting every bit of the 360's power to give us better water physics, we would all complain that they're wasting time and resources, thereby delaying the game on the one everyone is waiting for, which is the PS4 and Xone. I mean yes, sad that not everyone can experience the same game, but I'm sure devs will balance it so it's not drastically a different game like Bluepoint did with Titanfall. Let's stay hopeful!

I wish these journalists would use the right terms. Saying "hitting the PS4, Xbox One and current-gen consoles" is not how it should be said. 360 and PS3 are no longer current gen and PS4 and X1 are no longer next gen. PS4 and X1 are current gen and 360 and PS3 are last gen. Last gen; got it. Often times I see this and it just adds confusion. Journalists and/or authors need to be more consistent and get this right.

This game reminds me so much of Person Of Interest

That's probably the reason i want it. Hope it Doesn't let people down.

I'm only getting this because I'm a big fan of the show. Shame you can't play as John Reese and have help from Finch. :P

Next Gen Water only on PS4/X1

I remember the craze over the water effects in the first Bioshock, it was so immersive and realistic. Hopefully we get a greater water physics this gen. Imagine walking over a puddle and your shoe gets wet, or jumping in it and it splashing everywhere and hitting other objects dynamically and such. Then walking on sand or dirt and getting mud. Imagine open world games with floods, tsunamis, hail, hurricanes, thunderstorms and tornadoes all working dynamically. I really hoped AC 4 had water physics when you swam and such, that was very disappointing. Getting wet looked amazing though.

I don't think water simulation on last gen is impossible. If you look at games like crysis 2, 3, battlefield 3/4, assasin's creed 4 etc., you will easily notice that all these words from this dev was purely bs.. and unbelievable.

Whatever, I played Blue Ocean on the Wii, you can do water on other systems.

However, it does sound like the differences won't be as minimal as the difference in AC: Black Flag's last-gen to next-gen versions.

Current gen is still 360/PS3, Ps4/One have not had enough people converted over to be called "Current Gen".
Both console sales combined doesn't equal up to 15 million.

You may have a NEXT GEN console but it doesn't make it current gen.

80million>10million sorry if you feel differently because you purchased a console day 1 to be a beta tester for the first year of owning it.

I bought 360 an PS3 the days they launched, never make that mistake ever again.

Do you even know what "generation" means?

Can we swim in the game?

I know we cannot jump, or fly. Im still buying this but Ubisoft is missing the mark on somethings here.

They said the used the swiming animation from Assassin's Creed. So I assume you can swim

I sure hope you can, not like this other next gen open world game lol

Yea I was wondering if he can swim to, would be good to know

If it wasn t for Ubi and Warner, the Wii U would be a Nintendo only and primary platformer console which is not what I was hoping for

oh man!!!!! Watch Dogs and guys is that trailer from PC or PS4 Version
http://www.youtube.com/watc...

We need to start leaving last gen behind...

I'm totally getting Watchdogs, and most of the naysayers will too. Why can't people be honest with themselves, instead of whining like a baby over spilt milk.

Is it so wrong of me to expect everything GTA does plus the Watch Dogs "marquee" features?

I know a lot of folks on here let me have it for saying that kind of thing. But idk dude it is for next gen; so I would like to see features we are accustomed to plus everything Ubisoft wants/feels they can add to the genre.

Your forgetting the WiiU is current gen technically.

It may be under powered compared to PS4/X1, but Wii U is in the same camp.

All good and well banging on about the water in your game...but what is the point if it takes place , mostly on land?

PC is always many generations ahead of CONsHOLES

You don't know what a generation is. PC doesn't go by console generations.