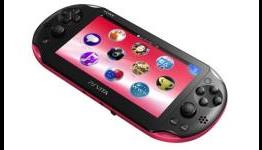 The PS Vita sheds its baby fat as Sony looks to go on the offensive with its handheld console, following a surge of goodwill in the wake of the PlayStation 4 launch. This slimline version makes some worthy additions, but also removes one of the Vita’s standout features, swapping out its OLED for an LCD. It’s a compromise, and one that poses a bit of a dilemma for would-be owners.

agree with everything in the article except hate 3D = hate 3DS. I hate 3D but love my 3DS

I don't hate 3D OR the 3DS, but the 3D feature on the 3DS seems to be more a gimmick than anything else, and I DO hate that.

Personally i hate 3D as it is a gimmick in general (and a way that the cinema's were trying to get more people to go back to the cinema and pay even more extortionate prices...) and it is one of the main reasons i don't like the 3DS.

The sooner people stop buying the TV's/3DS's/3D movie tickets, the sooner we will get a decent new technology like 4k

I'm just glad I have an OG OLED.

"It’s a good machine then, but not massively improved right across the board over the original Vita. And that two-year old original can now be picked up for around £170…with 10 downloadable games and a 16GB card included in the box. It’s slowly being phased out with the introduction of the Slim (which is admittedly £50 cheaper than the original Vita’s launch price), but for now it doesn’t take a genius to figure out which is the better deal."

No other handheld offer's in the GPU area 128 MB of dedicated Video Ram for Gaming or that core processor speed for a handheld, without freaking having to pay much Higher price for still way less Hardware, and still you get complaints about the cost's?

No wonder Sony is taking slow and steady , They are not going to keep loosing money over this crap anymore. They offer the most powerful hardware a "mobile device can offer for Gaming for a handheld" with two thumb sticks , by the way which everyone asked for to improve over the PSP. which the PSVita is way more advanced over the PSP, and still many want to talk about the Blank memory cards as an issue?

the Nintendo 3DS is while a great system, the PSVita is not designed like the 3DS, every [email protected] time this comes up, the majority of Media and many gamer's use Nintendo's offerings as the benchmark for the Pricing of a sony Handheld. well there you go. Sony is taking you up on the offer, because pretty much they will just leave this area of the "Game handheld" dedicated hardware and just move on to smartphones, because pretty much if it is not Nintendo its too expensive.

the Gamer's and the Media deserve this, if they keep it up, They get what they really want a one horse market with no one gaming company making a dedicated game handheld except for Nintendo, and where other companies can compete indirectly with smartphones.

because the clear signal Sony is getting by the majority is Low cost hardware for the consumer is "good enough" for mobile gaming. the Nintendo 3DS has 6 MB of dedicated GPU ram and many keep saying the PSVita is way too expensive! well there you go.

No wonder Sony's not putting in much investment anymore this most likely is going to be the very last dedicated Playstation portable and just point out that make a smartphone that if you want dedicated game handheld controls synq up a bluetooth game pad.