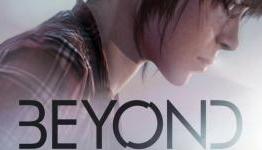 Pixel Enemy's PatrickDay-Child gets hands on with Beyond: Two Souls

In the beginning most people thought it would be similar but different from Heavy Rain...with the same superb story telling and immersion.

Then we hear and see stuff that says it's a FPS.

Recently I saw something which made it seem more open world with vehicles and such.

There have also have been reports that the game is in rough shape, but it's clear for about a year the story and acting are going to be amazing.

The game is a bit of an enigma. I'm excited for it, but I'm not sure what the hell the game really is.

Detroit: Become Human & Beyond: Two Souls are available on Steam without Denuvo

The Top Five: Women in Games

Which Game Has the Best Soundtrack?