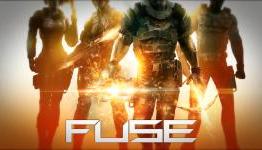 Fuse is a victim of its delayed development cycle. Back in 2010, Insomniac Games hinted at the development of this title and revealed the game in 2011 under a different name, Overstrike, but then reworked the branding for several years before deciding on its current form. Unfortunately, the standard of video games has risen, so while most of the title's features still hold up, several parts do not.

Yeah, delays can do that to ya. Still interested.

Doesn't sound like I need to rush out and buy this.

It's not a must buy, but it's not bad either. If this price drops to $40 anywhere, it's worth a purchase.

I enjoyed the demo so I'll probably pick this up if I can convince friends to do the same.

Insomniac always has my money. This looks fun.