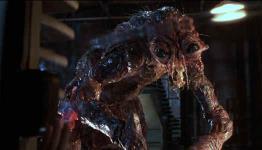 EGMR writes: "It’s no big secret that a great many games undergo changes during development, especially from original conception. By change we’re talking about a lot more than just a graphical downgrade, and more to do with mechanics, art direction or even entire concepts. Often these changes result in a completely new game from what was first conceived, and that can leave audiences pretty mixed as some may grow attached to the initial revelations, especially if gameplay was shown.

"While there are dozens of stories out there of games that were completely reinvented during development and emerged as different animals upon release, in this feature we’re focusing on five modern examples, a number of which may still be fresh in the memory. However a few of the stories here may have slipped under the radar or some of the facts may have been lost on the average person. Nevertheless, we feel it’s pretty interesting to explore these games, especially since a number of them turned out great irrespective of their monumental changes."

Fuse turned out great, good thing they changed it /s

Indeed, Overstrike is what caught my attention, but Fuse i just didn't care about.