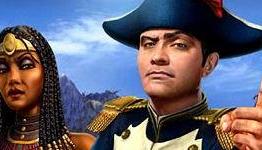 In an exclusive interview with FirstLook Magazine, Firaxis' Dennis Shirk has revealed that there aren't any future plans to bring Civilization to consoles again, despite the lure of the PlayStation 4 and Xbox 720 lurking around the corner.

Firaxis notably tried to bring their grand strategy series to consoles in 2008 with Civilization Revolution, but it seems the studio are hesitant to make the same jump in the future despite the recent multi-format success of XCOM: Enemy Unknown.

Add mouse support and itll be very right for consoles... Ps4 and the next xbox would be strong enough.

I don't even get how they came to this conclusion really. The PS3 and PS4 both will have "Move Support", which in my opinion would have worked very well with Civilization 4 as a patch (a game I still play today).

But also the next Xbox is supposed to be equipped with a more accurate kinect, so I firmly believe that Civilization VI or whatever the next one is called would work great on consoles.

Civilazation V was the only game I bought for my PC in the past 10 years, one of my favorite games ever. Which btw, I'm having a heck of time getting access to because of DRM issues with Steam at the moment.

I like Civ Rev a lot on console. I like world domination type games; from the old Command & Conquers on PC/PS1 (I mostly played Red Alert Retaliation).

The current gen C&C didn't interested me (Red Alert 3), but Civ Rev filled that void nicely, even though I know C&C is real time and Civ is turn based.

I'd definitely be in the market for a good Civilization or C&C type game next gen.

The PS3 already had mouse and keyboard support through the USB.

If NeXbox and PS4 is going to be similar to a PC than adding such support features shouldn't be hard.

My exact thoughts. Get out of my head.

the ps4 pad has a trackpad on it and the wiiU has a tablet for a controller.

If those aren't perfect imputs for a strat game i don't know what is.

The ps4 has a touchpad, not a trackpad. It could still possibly be used as such, though.

That would be a mouse.

A touch screen is inferior for gaming (or anything requiring precision controls)... what makes you think a touch pad would be even better?

because its basically a mouse. It does the same thing. for the basic inputs needed for civ both would be more than adequete and much more suited than a traditional controller.

The team are “sceptacle” about whether the use of a light partnered up with a motion sensing camera, as is the case with the Lightbar-enthused Dual Shock controller and the PlayStation 4 console, could replicate the dexterity PC players enjoy with a mouse and keyboard"

Never did I think that's what it should be used for. Should just be able to plug-in a mouse and keyboard on PS4. With Sony pushing social features, PS4 has to have mouse and keyboard support. It would be stupid not to. No one wants to write out stuff using the d-pad. I will have to see how the touchpad works before I give my opinion on that.

Also "sceptacle” is spelled skeptical. Author should fix it.

Nice. The author fixed it. That's a first for me.

it never was right.

There is no reason Civ couldn't work on consoles. They just need to use more imagination in developing the controls. Using Vita as a second control or SmartGlass would allow for anything on the PC. They are just blowing smoke, have misplaced loyalties to PC or are just uninitiated. I love Civ but come on, this ain't that hard.

What about the people who don't have a Vita, or people who know nothing about Smartglass? They have to cater to the lowest common denominator, and that would be people who only play with a gamepad, and it obviously doesn't make sense for them to try and do that.

If people with consoles want a proper Civ game they should get a gaming pc, simple. I get consoles for the exclusives, and pc gaming has its exclusives so it works both ways.

Not hard to learn about SmartGlass if you have a 360. And doesn't the PS3 support mouse and keyboard? And there have been other RTSs that worked on the consoles. They decided to go in the direction they chose for CivRev. Though I still love CivRev and play it almost daily. But there is no way you can tell me they can't figure out a way around M/K. The next consoles will have cameras and voice controls in the box. That is an option.

They are letting their loyalties to two parts get in the way of progress. The mouse and keyboard will eventually die as a interface tool. Get over it. PC gamers like to say consoles hold back PCs when it comes to graphics. This is an instance of PC gamers holding back consoles in the evolution of controllers.

Millions love Civ. But they are not the only RTS out there. They can lead or follow. Either way, someone will take the lead.

I was happy when this came out, then I played it and didnt like it, it felt 'dummed down' to me, and light on features.

The consoles sorely lack these types of games. It seems they are purposely keeping these PC exclusive .

I doubt it. Consoles sorely lack RTS/TBS games because they have to base the controls around a controller. Until something replaces a controller with a more intimate input device, consoles will not get many more of these games in the future. Civ Rev was one of the few TBS's that did well on consoles, it controlled well and played well due to being simplified. Supreme commander as far as I know failed miserably on consoles, C&C was a pain to control especially as they've speed the game up so matches are much faster paced that a controller can't keep up. Xcom was an excellent game on consoles again because it was cut back into a simpler game. Try playing the original version on the PlayStation and you'll see what I mean about slow and clunky controls.

A controller is great for FPS, TPS and action/platformers. Unfortunately it has always struggled with the RPG and Strategy genres from the PC side of games.

I highly enjoyed X-Com UFO Defense on the Playstation 1. I do agree that the controls were a bit difficult to use but I don't think it was hindering to my enjoyment of the game. It's hard to converse with a PC gamer in these regards because it's like talking to a gamer from the future. Yet understand that a console gamer like myself doesn't know the potential, just what I've experienced on my platform.

I also enjoyed other games on the PS1 such as Command and Conquer, Sim City, Theme Hospital, Theme Park, Warcraft II, and Civilization 2.

On the PS2 these types of games dropped off dramatically. I did enjoy Ring of Red, Theme park (somewhat), Aliens vs. Predator, etc.

The release of X-Com on the PS3/360 was a major event to me. It represents a possible re-emergence of the genre for consoles. I believe that the consoles can support these titles through keyboard/mouse abilities for those unhappy with the "watered down" game abilities. As for myself, I believe the controller has always been sufficient, especially now that the controllers have 16 buttons with which to work with.

Civilization Revolution was an amazing game. I could not stop until I finished it 100%

Civilization V is an incredible game but It's Pc exclusive and I can't play it. I can enjoy Xcom in PS3 and It's great. Consoles need strategy games because are very adictive and aports a lot of fun and diversity. Mayble Blitzard games like DIII could bring this great genre to consoles.

You don't get to say what is right, there's people who can't afford a good enough PC for the game to run smoothly on it so consoles is what we rely on. Revolution was fantastic

Civ Revolution was a dumbed down version of the Civ series. They can say whatever they want, they are the ones making the games. You can also invest in a PC that is likely about the same price as the upcoming Xbox and PS4 that will run Civ games.

It's about choice. People choose to invest in consoles or a PC rig or both. Gaming is a hobby, not a right. Can everyone afford a PS3, Xbox 360 and a Wii U? No. That's why you choose what's best for you and not all games on on each platform.

It's amazing how self-righteous some gamers are where they think they can call all the shots.

I still play Civilization Revolution on my PS3 and I still enjoy the game. I tried it out on my cellphone I thought it was the stupidest version ever.

Civ is best played on a PC anyway.

Man, this is the most depressing news I've read today in the gaming world.
I know that Civ is best played on the PC, I own it and love it.
But for some of my buddies that are just now discovering Civ Rev, they want MORE once they get to learn the mechanics of it.
I would also argue that Civ Rev serves as an entry level game to get your juices flowing PLUS its a great strategy game overall. Something the consoles are SORELY lacking.

I guess it was a business decision and it seems very legitimate. Just a little sad.

Ever play RUSE with Move?

It's even faster than a mouse and keyboard.

What a shame I'm really hoping they change their minds and release one on the next gen consoles, revolution is one of my favorite games and its one of those games that ill never get rid off.

I still have civ 2 from ps1, on visuals its very outdated but its still very enjoyable.

In a nutshell. It doesn't sell enough to worry about making it for consoles!
Or Sony doesn't want it (doubtful)

Civ Rev was good but nothing like Civ 4, not even in the same league. Game is a masterpiece.

It works well you just won't put the time to make them good. I actually liked and still play Civilization Revolution.

Its not like the PC version but that's ok, I'm fine with that.

I used to also love playing Warcraft II on playstation.

I hope another dev makes a good RTS game for consoles and makes Firaxis eat crow.

I dont see this being a big deal a newer integrated gpu in laptops can handle civ 5 which most people have a laptop/desktop in their home. They cant really complain about not being able to use a controller because it works great with a mouse

Civilizations revolutions is one of my most played games on the Xbox 360. It is my go to game when I am waiting for something to come out. I may have to try it on PC.

Huh, Civilization Revolution 2 Really Is Focused On A Different Audience; One That Likes Boobs

Why on earth can’t I stop playing this?