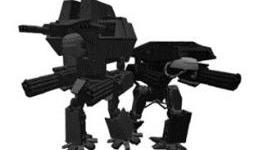 Mod developer ZMS has announced the release of the beta version of Dawn of War mod ZMS Mod, available for download now on ModDB.This is an unofficial remake of the Titanium Wars mod, and uses much of the older mod's AI code.

examiner.com
- Comments (0)+ Comments (0)
TopNewestOldest
The story is too old to be commented.
160°

White Dwarf Is Giving Away 11 Free Games – Are They Any Good?

Jurgen Post: “The Sega brand will come back and start to flourish again”

Warhammer 40,000: Dawn of War III Review: We Expected Too Much and Got Too Little - Kitsuga

Which Dawn of War III faction would win in a bareknuckle brawl?