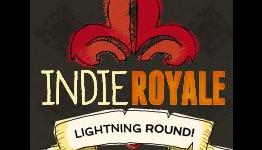 KERACK! That’s the sound of lightning which can only mean another Indie Royale Lightning Pack has struck. This one is different though. Why? All proceeds go to charity. One. Hundred. Percent.

For the next 100 hours you can be very generous by buying games at an outrageously low price. Say what? Yep. Not a bad deal – Indie Royale’s All-Charity Pack includes four indie games and three chiptune albums (because they’re the indie-est?), the latter requiring a $7 minimum spend.

As said, all proceeds go to charity, four of them in fact which were hand picked by the developers themselves. These are UNICEF’s Haiti Aid, Amnesty International, the EFF and ActionAid.

Adhttps://n4g.com/General/Sponsored/arise
- Comments (0)+ Comments (0)
TopNewestOldest
The story is too old to be commented.
80°1