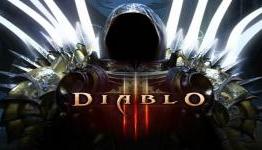 Has Blizzard Worn Out Its Welcome?

As attention spans shorten, and DRM becomes more invasive...has Blizzard finally worn out its welcome? Will the fans that made Blizzard the company it is, stick with them as they toy with their most beloved franchises?

epicslash.com
- Comments (6)+ Comments (6)
TopNewestOldest
Expand all
The story is too old to be commented.

Look at the sales numbers from Diablo 3 when they come in and ask that again.

I disagree with this article at its core point - that Blizzard is slowing waning because it has caved to the short attention span of games. If we look at what Blizzard produces, they are few and far between. I don't think it is fair to say that 'gamers have less and less of an attention span... [ and] sadly Blizzard bows'. With SC2 and D3, they have made games that they hope will last. Starcraft 2 is going strong without constant additions and I'm sure Diablo 3 will do the same. I think it is much easier to make this argument with the Activision side of the company with the frequent COD releases (or the multitude of other companies that just release the next 'new' title as fast as possible) because new=better.

Activision hasn't enterly rubbed off on Blizzard YET.

D3 is just a cash cow. It's an AH with a game built around it.

A Soul Divided: The Life and Death of Sylvanas Windrunner (Part I)

Ranking Every World of Warcraft Cinematic Worst to Best

World of Warcraft Players to Soar Back to Azeroth in Dragonflight