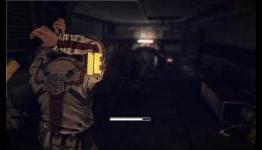 DHGF: Afterfall: Insanity turns a concept that sounds amazing on paper into a product that’s basically dismal in actual execution, and aside from some acceptable visual design, the game is wholly unpleasant all around. The plot is poorly written and assembled, the voice acting is dreadful and mars any aural positives the game may otherwise have, and while the game is simple enough to play, the mechanics are either uninspired or unsound. Melee combat is awkward and annoying, while ranged combat is simply adequate but hampered with other frustrations that make it unenjoyable. There’s no reason to return to the game once you’re done with it aside from the added difficulty levels, which add little to the game, the overall presentation of the game is bland at best and annoying at worst, the game isn’t especially friendly to its native audience, and it’s ultimately unoriginal in thought and deed. For the PC gamer who rarely strays from that platform, Afterfall: Insanity may be vaguely entertaining if you have a controller to play with, but if you’ve played any of the games it’s borrowing from, it’s going to come off as little more than an unoriginal, unexciting mess of wasted potential and borrowed ideas.

Adhttps://www.youtube.com/watch?v=EjfojxXOobE&t=463s
- Comments (0)+ Comments (0)
TopNewestOldest
The story is too old to be commented.
30°

Hurry, Get a Free Steam Key for Afterfall Insanity

Afterfall InSanity: Dirty Arena To Release for Free Next Week