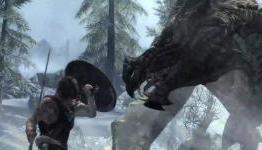 Adhttps://n4g.com/General/Sponsored/arise
- Comments (40)+ Comments (40)
TopNewestOldest
Expand all
The story is too old to be commented.

“You never see a game like Skyrim come out of Blizzard,” said Diablo III game director Jay Wilson. Why? ”Just because.”

Oh well thank you for clearing that up for us. We can all sleep at peace now...

You're right. They would never be able to release such a glitch ridden mess and have people still purchase and praise it.

@MRMagoo123:
Is it possible to give someone the code? Like...me?

They're only the most critically, commercially and financially successful game developer in the world, having built a lot of that success on RPGs.

They've only been in the record books for their success in each field. "Like they could make an RPG like Skyrim."

Well, first let me say that I love Skyrim but one thing I have to admit is that it was released heavily bug-riddened (like most open-world RPGs by Bethesda). Blizzard is a company who releases "generally" bug-free games. Just imagine how long it would take them to test and make a game the size of Skyrim bug-free enough for their standards? By the time they finished testing, Bethesda would of released 3 TES games, lol. Now this isn't saying that Blizzard is a "better" company, I am just a gamer with an opinion on both companies "release" standards from prior experiences. Take my words with a grain of salt, you could have a different opinion....and that is OK :P

Tbh I would rather just recieve a game in skyrim's state than have to wait an extra two years just for all the bugs to be eradicated.

Blizzard are almost obsessive with their development.

You are the reason that a game like Skyrim gets released. FO3 was worse than Skyrim, but 3 years later Bugthesda still couldn't get it right. I will never buy or play another game from them.

Blizzard on the other hand releases perfection and knows how to make their customers happy. I have spent more time gaming in one of the Blizzard worlds than all games combined over my 30 year gaming life.

@Drekken - I can see why you are frustrated with Bethesda and you have EVERY right to be. I personally haven't seen game breaking bugs or any bugs that made me so mad that I would never buy another game from them. Personal experiences obviously go a long way. I play on PC, also, where the community has the ability to fix the bugs before Bethesda....If I were on the PS3, it might be a different opinion...

ARGG!, no wonder Bethesda is releasing their games with bugs. There should be absolutely no reason any gamer would put up with a company releasing games which are riddled with bugs.

I can see if a company doesn't have a track record but bethesda is known for this.

"Tbh I would rather just recieve a game in skyrim's state than have to wait an extra two years just for all the bugs to be eradicated."

That is really bizarre to me. I didn't have much trouble with Skyrim on PS3 myself, but a lot of people did. Dead Island was a LOT worse in my experience. I'd rather wait as long as it takes to get a relatively bug free game. I give Bethesda credit for what they try to do, because their games are the closest thing to a true old school, paper and pencil RPG, but damn they need to do a better job with their code.

2 years? more like 5. Games the size of Skyrim have thousands of bugs, and without the massive number of people playing the game it would take years and years just to find the bugs let alone fixing them all and fixing the bugs the fixes cause.

Even with the bugs, Bethesda's games are second to none. Fallout 3 and Skyrim were both masterpieces in my opinion. By far they're two of my top games this gen - and that's with the bugs.

But here's the thing, I never had the bugs in either of those games be more than a passing nuisance. Fallout 3 would crash every now and then. I could easily over look that. Skyrim - other than a mammoth once appearing out of thin air and one lockup, I've easily put 100 hours into each of these games and those were some of the best gaming experiences I've had.

I feel for those who suffered game breaking glitches, I do - but so many act like that was everyone's experience. Bethesda puts out excellent product, and a few bugs doesn't somehow negate that.

Now as for Blizzard, I gave up on them simply because where's the games? I don't do mmo's and other than that, what? Starcraft? I'm supposed to care about Starcraft after I played my last Starcraft game back in '99? At least Bethesda can put out more than 2 games every decade. I'll probably play Diablo 3 if it ever comes to consoles, but if it doesn't, Diablo 2 was so long ago I don't even remember it. I'm old and my gaming time is limited. I could care less about a sequel to some game from 10 years ago.

Yep Darkride, what Im referring to.

I did not have any "game breaking" bugs when playing fallout 3 or skyrim. I had the odd thing which affected my game which i got over in 5 mins (ie. being stuck in a wall or freezing a couple of times).

I could understand if I had the ps3 version which is broken but I didnt so how can I complain about it?

I play every bethesda game with the payoff that I know I will get bugs but I still enjoy their games more than 95% of other games on the market.

Typing fast and my grammer sucks... :(

Just like every other mmo on the market already did, and now mmo's are almost given away for free. Definitely don't copy the WoW model if you want to make money.

They're saying it because they can. Blizzard has been making monster cash for years; why would they have to adopt an entirely different design philosophy to compete with a very distinctive title? They've got a stranglehold on the MMO, the strategy game, and the loot-grabbing action-RPG at the moment, and they're owned by a franchise-inclined megacompany.

Now, these games all started with norm-bucking innovative designs and risk-taking - WoW took so long to come to fruition, and it paid off, for example, and Diablo started rather small. Hopefully we'll see a tipping point for Blizzard where they're forced to once again step out of their comfort zone and do something very different. I hope that starts with their new MMO.

blizzard isnt owned by " a franchise-inclined megacompany", i.e. activision, as i assume you meant, it's activision blizzard, you might as well say blizzard owns activision.

they are 1 company with blizzard doing whatever the "f" it wants because WoW makes more money in 1 quarter than 90% of games make in their entire lifecycle.

blizzard makes every other dev look lazy and like rookies, their games are as near perfection as any i have played and that is due to their obsessiveness in regards to balance, pacing and general quality.

diablo 3 will be GotY without question, just like starcraft 2 was in 2010!

Yes, you're generally correct, theeg, but there is absolutely no doubt that the joining with Activision has changed Blizzard's philosophy on many things.

Thankfully, it hasn't adversely affected the quality and design of their products, but it's very clear that monetization has become a high priority for the company, and I think it is occasionally chosen over customer service concerns.

Whoa, slow down there, Theeg, you made my point and then some. They're making great sequels, they're making money, and they have dudes up top, further up than Blizzard or Activision, that love making money and not much else, and cash is more easily made off of familiar and long-standing properties (see every movie remake out there - it's not necessarily true in practice, but it's the marketing zeitgeist), so yeah. Starcraft 2 and Diablo 3 will continue to make money, and they're owned by a giant company that loves its subsidiary divisions to make sequels. It makes sense, money-wise, to keep doing what they're doing. They've got entire genres locked down.

And this post had nothing to do with whether or not Diablo 3 was great, or the quality of future games in comparison to D3. I haven't played games that are coming out in October and November, so there's no way I could determine what the heck wins GotY yet. With Bioshock Infinite out of the picture, it sure is looking like you're right, though.

And again, I hope Blizzard breaks this sequel cycle soon. As you said above, they do a great job, they make a lot of development companies look lazy, it's true! Making a new, amazing game will make every other developer's creative/marketing team stand up and say "You know, maybe we should make an entirely new game!" That'll only help us.

And yet fanboys will STILL debate this stupidity.

Do they mean fun?

Skyrim isn't that fun once you get past the initial "Wow it's a big world" phase. The combat is terrible and the quests are mostly of the "Go to A and Get (or kill) B" variety. Most quests in most RPGs are like that, but let's stop pretending Bethesda has made anything special other than the world itself, which is so big and detailed that they can't code it properly.

Blizzard is smart in sticking with doing what they know how to do. No point trying to make the best FPS, the best open world RPG, the best RTS, the best .... you get my point. Better to do a few things really really well than to do lots of things adequately (or poorly).

But... they did make the best RTS.

Blizzard are the king baby, the king.....

I'm inclined to disagree, Skyrim is not a boring game.

the elder scrolls does two things very well in there games.(1)the context in witch they put their quest in (2)a very detailed and dense world.

Of course blizzard couldn't possibly make a game like skyrim even if they wanted to. All they can make is kiddy, repetitive, unoriginal and massively overrated games.

Go back yo your console, kid.

I'm a PC / console owner. Tried WoW for a while, didn't like it at all. Grind, grind, grind, and more grind.

Played Skyrim on my PS3 pre-patch for a while, was let down...again. Todd Howard said both the 360 and PS3 versions would be the same...pfft, right. Lies.

Held out for Guild Wars 2 after playing the first for years. Played the beta, extremely pleased. Faith in games restored.

Technically the ps3 and 360 versions were the same, the ps3 as a console just splits its memory. Beth should of prepared better for it though.

What I find ironic is that I would describe blizzard games to be better suited to consoles. They focus on accessibility not originality.

I'm genuinely unsure why blizzard are even a PC developer. Its definitely not a technical thing; blizzard's game are clearly behind the current console generation. The only hurdle I see is controls; ie RTS games and MMO's dont work so good with a controller.

PS: I have been a PC-only gamer for past ~5 years

There is no way you can beta-test all of the bugs in a huge game such as Skyrim. You're not game devs, or testers, so obviously people who're hating wouldn't know.

Agree 3Disagree 2
▼✖-+
SPAMInappropriate
Show all comments (40)
The story is too old to be commented.
50°

Skooma in Real Life: Khajiit Have the Good Stuff