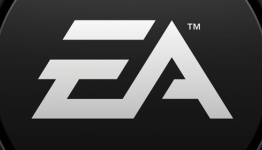 MediaKick: Day-one downloadable content (DLC). On-disk downloadable content. These are terms we’ve become uncomfortably familiar with this generation, and publishers know it; in fact, they revel in it… or at least that’s what EA’s Peter Moore would have you believe, if you read his fairly transparent comments about turning a $60 game into an $80 game from day one. It’s eye opening stuff; for everyone who doesn’t believe that some of the big name publishers are doing their best to shaft you at every turn, you’d have to believe it now.

mediakick.org
- Comments (4)+ Comments (4)
TopNewestOldest
The story is too old to be commented.

Day DLC is good if its free.

On-disc DLC is never good. People feel they brought the disc they are entitle to everything on it. Which don't seem wrong. Be like buying a $20,000 car and told you have to pay an addition $5000 to get the key to the trunk. You would be pissed right, I know I would.

DLC continues to be the biggest form of cancer this generation. With each purchase the cancer gets bigger. Games will cost twice as much for three times less content next generation. Its out of control.

Just because there is DLC available Day 1 doesn't automatically mean that it was stripped out of the game.

For example, lets say a game is set to release this October and lets say that this particular game has Day 1 DLC. How do we know whether or not this DLC was stripped from the main game?

There is no such thing as extra...