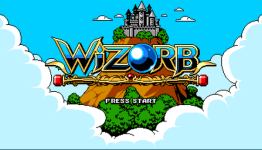 "I think that it’s pretty safe to assume that anyone who has ever played a video game has probably played some form of a Breakout clone whether they were aware of it or not. The concept is such a simple one that this type of game is passed over by most gamers as “casual”. While the term may be apt when describing a game where the object is to bounce a ball off of a player controlled platform to break bricks at the opposite end of the screen, I don’t think that “casual” is a valid way to describe Wizorb. This game is astoundingly deep when it comes to mechanics which makes it a blast to play. But there is a catch: this game is also frustratingly difficult."

truepcgaming.com
- Comments (0)+ Comments (0)
TopNewestOldest
The story is too old to be commented.
60°