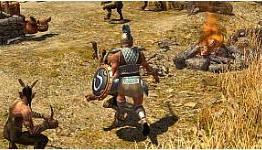 Crate Entertainment founder Arthur Bruno revealed that his former development studio Iron Lore was never able to create a TitanQuest 2 because THQ acquired Big Huge Games instead of Iron Lore, while THQ owned the rights to the game.

The developer was shut down in 2008, and later reformed as Iron Lore. The last project the company worked on was helping Relic with the Warhammer 40,000: Dawn of War: Soulstorm expansion.

strategyinformer.com
- Comments (0)+ Comments (0)
TopNewestOldest
The story is too old to be commented.
80°2

The Most Hardcore Offline Android Games

The Best Android ARPGs Ever Made