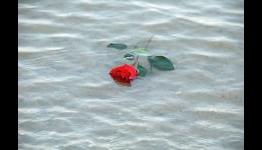 Sometimes, we get so caught up in the now of new, modern games, that we take for granted some of the limitations early games had. Ryan Johnson of GoozerNation goes back to look at those long lost loves to see that some of the things we left them behind for, those terrible flaws, were actually some of their greatest assets.

goozernation.com
- Comments (3)+ Comments (3)
TopNewestOldest
The story is too old to be commented.

I had a lot more to put on here....starting to think I am the gaming equivelant of the "get off my lawn" grumpy old man! Are there any old gameplay mechanics you miss?

splitscreen, unlocking secret stages/costumes etc. (as opposed to paying for them as 'DLC') and many of the things you mentioned in this article. I wouldn't say you're the "grumpy old man" but as someone who's also been gaming since the early 90's, you can definitely see the downward trend of the quality of games; in this generation particularly.

I'm sorry to say, but after mainstream successes like Call of Duty and Gears of War, Developers no longer have the design philosophy of traditionalism or originality... no longer releasing games "when they're finished," nor can they grasp the concept of downloadable content. (which was formerly conceived as the console answer to 'expansions' in pc games, but has recently got out of hand.)

We're no longer in the golden era of gaming where platformers, racing games, fighting games, rpgs and shooters all represented an equal standard of quality. The industry is no longer so much about creativity, but rather an industry where the publishers have more say than ever on the development of games. For me personally, traditional gaming ended when I finished MGS4 some four years ago.

I just got a PS3 finally....am going back to finish 3 and am going straight to MGS4. Thanks for giving me motivation to get there! :)

Dance Central Will Always Be Superior to Just Dance

Why the Guitar Hero and Rock Band Series Failed

Gaming Peripherals That Need to Make a Comeback