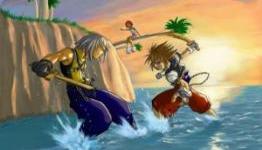 "The best thing about a fighting game is that it’s the ultimate way for someone to prove that their favorite character is better than another person’s. When dealing with franchise based fighting games, it also serves as a tribute to that franchise. Super Smash Bros. Brawl is filled to the brim with little references to games in the pat, and anime games like Naruto Clash of Ninja showcases some of the most iconic moves in that character’s arsenal. It’s why it makes me sad that some franchises just don’t have a fighting game to help us prove once and for all which character is superior. But which franchise would make the best fighting game?"